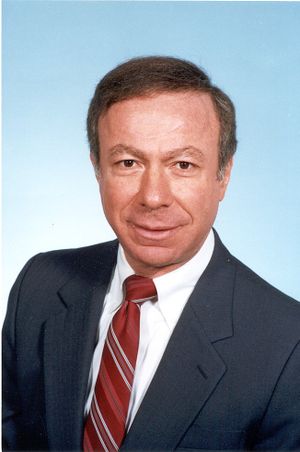 He began his career as a Member of Technical Staff at Bell Laboratories, Murray Hill, New Jersey in 1959 in silicon transistor and integrated circuit work. In 1964 he joined Bellcomm, Inc. in Washington, D.C. holding positions of increasing responsibility with respect to systems engineering and technical studies, mission planning and analysis for the Apollo and Skylab Programs. In 1973 he returned to Bell Laboratories in Piscataway, New Jersey where he was responsible for systems engineering and design of several systems which automated telephone company administrative functions. From 1978 to 1982 at the Indian Hill Laboratory in Naperville, Illinois he was responsible for the design and development of the 4ESS Toll Switch and an operator system called the Traffic Service Position System. Since 1982 Mr. Martersteck has been responsible for the No. 5 Electronic Switching System (5ESS), the leading edge digital switch that has gained wide acceptance by telephone companies in the U.S. and abroad. In his capacity as R&D Manager and Chief Engineer of the 5ESS, Mr. Martersteck's contribution combines both development, installation, and application of the system.

He is author/co-author of several papers presented at various international symposia as well as articles in publications such as the AT&T Technical Journal.

Retrieved from "https://ethw.org/w/index.php?title=Karl_E._Martersteck,_Jr.&oldid=173391"
Categories:
This page was last edited on 8 February 2019, at 21:07.
About ETHW
Policies and disclaimers