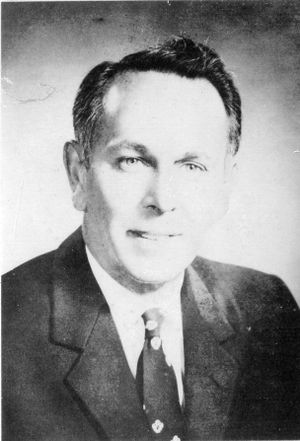 Mr. Jean-Jacques Archambault was born in Montréal on March 21, 1919. After completing his secondary education, he attended Ecole Polytechnique de Montreal, receiving a bachelor's degree in electrical engineering in 1944. From 1944 to 1946, he followed the Canadian General Electric test course, and in 1946-47 taught mathematics at the University of Toronto.

He joined Hydro-Quebec in the engineering design division in April 1947. Two years later he moved to the system planning division, becoming assistant chief engineer in 1954. During the period 1948-1955, he followed further advanced courses in mathematics, electrical equipment and system studies at McGill University. In 1953-54 he was sent by Hydro-Quebec to attend the power systems engineering course given by General Electric in Schenectady, N. Y. In 1958 he was named the Hydro-Quebec representative on the Extra High Voltage Advisory Council of General Electric Company's experimental stations at Pittsfield, Mass.

Mr. Archambault has also pursued an academic career during much of his professional life. From 1959 to 1964, he conducted a course on transmission lines and system studies at Ecole Polytechnique. From 1964 to 1967, he was seconded by Hydro-Quebec to the Canadian Department of External Affairs and conducted courses on electrical lines and system design at Mohammed V university in Rabat, Morocco.

After his return, he was appointed to his present position as assistant to the general manager, engineering, on September 1, 1967, and was also named chairman of the committee on Extra High Voltage Systems. Mr. Archambault played a key role in the design and planning of Hydro-Quebec's 735-kV transmission network.

A Senior Member of IEEE he was also a member of the Corporation of Engineers of Quebec, the Canadian Electrical Association, the Canadian Standards Association (C.S.A.), La Société Française des Electriciens, the International Conference on Large Electric Systems (CIGRE), the International Electro technical Commission (I.E.C.), of which he had been second vice-president since November 24, 1971.

Mr. Archambault was married to Denise Guay and they had two children: Jean-Yves and Marie-France. He finds very relaxing a good game of golf. He was very fond of music and arts and takes a great pleasure in reading a good book in his spare time. Travelling to see or discover old things "relics or antiques" seemed to be his favourite hobby.

Retrieved from "https://ethw.org/w/index.php?title=Jean-Jacques_Archambault&oldid=171972"
Categories:
This page was last edited on 20 December 2018, at 17:20.
About ETHW
Policies and disclaimers