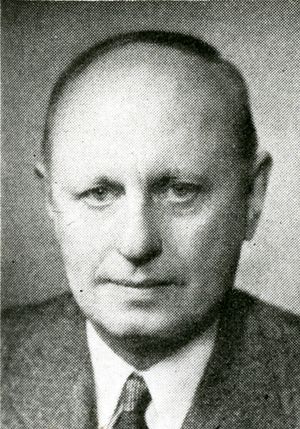 Isaac Fern Kinnard was born in Ontario, Canada on September 29, 1891, and graduated in 1918 from Queen's University, Kingston, Ontario, with a bachelor of science degree, having majored in electrical engineering and physics. After service in the Engineers Corps, Canadian Army, during World War I, he attended the University of Glasgow as a graduate student of mathematics and physics.

From 1919 to 1922 he was a research engineer with the Westinghouse Electric Corporation, where he contributed to the development of magnetic materials as applied to instrument transformers. In 1922 he joined the engineering organization of the Meter and Instrument Department, General Electric Company, and was the Engineering Manager of the department from 1930. In that position, Mr. Kinnard has contributed many basic improvements in electric measuring equipments, including the magnetic suspension watthour meter, modern long-scale electric instruments, photographic exposure meters, aircraft gyroscopes, flow meters, temperature indicators and radiation instruments. He held many patents and was the author of many papers on measuring devices. His additional General Electric Company responsibilities included the chairmanship of the company-wide Magnetic Materials Committee and membership on the Engineering and Research Council.

Within the American Institute of Electrical Engineers (AIEE, now IEEE) Isaac Kinnard was a member of the Board of Examiners and served for 18 years on the instruments and measurements Committee, including 2 years as its chairman. He was also a member of the National Electrical Manufacturers Association and the American Standards Association was chairman of the NEMA Electrical Measuring Equipment Section. He received the 1952 AIEE Lamme Medal "for outstanding contributions in design and developments in instrumentation and measurements." He died in 1969.

Retrieved from "https://ethw.org/w/index.php?title=Isaac_Fern_Kinnard&oldid=173788"
Categories:
This page was last edited on 15 February 2019, at 17:31.
About ETHW
Policies and disclaimers