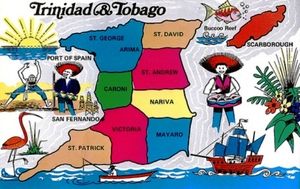 The Trinidad and Tobago Subsection of the IEEE was created on February 13th, 2003 after being approved by the Region 9 Regional Activitites Board (RAB). The subsection was led by an interim steering committee who later became the first executive of the IEEE Subsection. This executive comprised of:

The Trindad and Tobago Sub-section was to the nearby Colombia Section.

On November 12th, 2005, the Board of Directors of the IEEE, based on the recommendation of the Region 9 Director, Francisco Martinez, approved the elevation of the IEEE T&T Subsection to Full Section status.

Today, the IEEE T&T Section comprises of over 200 members, five chapters, the GOLD (Graduates of the Last Decade) Affinity Group and the Student Branch of the T&T Section.

The Trinidad and Tobago Section maintains very close ties with the Colombia Section, mainly due to expat travel and business links between the two Countries.