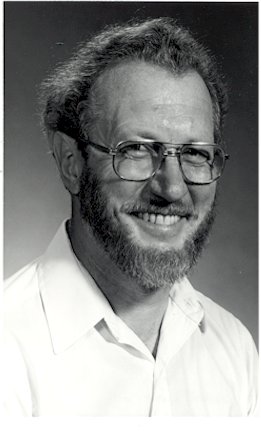 Dr. Herbert Kroemer is a true pioneer in the field of physics and in the technology of semiconductors and semiconductor devices. His work in heterostructure-based transistors has furthered the development of the cell phone and other wireless communications technologies.

When Dr. Kroemer applied the heterostructure principle to semiconductor lasers, it allowed them to operate continuously at room temperature. This advance paved the way for the development of the semiconductor lasers used in CD players, fiber optics and other applications. It also is central to non-laser light-emitting diodes (LEDs), now found in most new U.S. traffic signals. His Nobel Prize winning work was published in a 1963 paper, "A Proposed Class of Heterojunction Injection Lasers," in the Proceedings of the IEEE.

Dr. Kroemer originated the concept of the heterostructure bipolar transistor in the mid-1950s while with RCA Laboratories in Princeton, NJ. From 1959 to 1966, his work with Varian Associates, Palo Alto, Calif., yielded the invention of the double heterostructure laser and his seminal paper on the topic. He also worked on microwave device problems, and, in 1964, was the first to publish an explanation of the Gunn Effect. Since 1976, he has been with the University of California, investigating molecular beam epitaxy, materials research and solid-state physics.

He is a Fellow of the IEEE and the American Physical Society, and a foreign associate of the U.S. National Academy of Engineering. He has received numerous awards, including the IEEE J.J. Ebers and Jack Morton Awards. A native of Germany, he received a doctorate in physics from Germany's University of Gottingen, and holds honorary doctorates from the Technical University of Aachen, Germany; the University of Lund, Sweden; and from the University of Colorado. He received the 2000 Nobel Prize in Physics, and, in 2001, Germany's Bundesverdienstkreuz (Order of Merit). Dr. Kroemer is the author or co-author of more than 280 publications.

Retrieved from "https://ethw.org/w/index.php?title=Herbert_Kroemer&oldid=156099"
Categories:
This page was last edited on 14 August 2017, at 15:03.
About ETHW
Policies and disclaimers