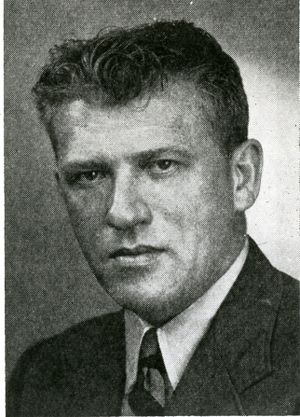 Harold A. Zahl, director of research of the U.S. Army Signal Corps Engineering Laboratories at Fort Monmouth, N.J., was born in Chattsworth, Ill., on August 24, 1904. In 1927 he received the B.A. degree in physics and mathematics from North Central College, followed by the M.S. and Ph.D. degrees from the State University of Iowa in 1929 and 1931.

Joining the Signal Corps as a physicist in 1931, Dr. Zahl participated for the next eleven years in many of the Corps' research and development projects, including work on sound, infrared, electron tubes, radar, and so on. He was intimately connected with radar from its inception, and he was also responsible for research leading to a number of electron-tube types used in military equipment during World War II. In 1939 he became an Associate Member of the IRE.

In 1942 Dr. Zahl entered active military service as a major, and was promoted to the rank of lieutenant colonel three years later. As an army officer, he continued to serve with the Signal Corps Laboratories, dividing his time between technical and administrative matters pertaining to the development of electronic equipment and components for use by the armed forces. He was later awarded the Legion of Merit for his contributions to the fields of electron tubes and radar.

Upon leaving the Army in the spring of 1946, Dr. Zahl re-entered the Signal Corps Engineering Laboratories as a civilian, and in that year was also transferred to Senior Membership in the IRE. His first assignment at the Laboratories was connected with the atom bomb tests at Bikini during the summer of 1946.

A member of the American Physical Society, the New York Academy of Sciences, Gamma Alpha, and Sigma Xi, Dr. Zahl is a member of the board of directors of the Armed Forces Communications Association. He is the author of many scientific articles dealing with various research investigations conducted in the field of physics and electronics, and holds a number of patents pertaining to electron tubes, radar, communications, and the like.

Retrieved from "https://ethw.org/w/index.php?title=Harold_A._Zahl&oldid=172083"
Categories:
This page was last edited on 21 December 2018, at 16:09.
About ETHW
Policies and disclaimers