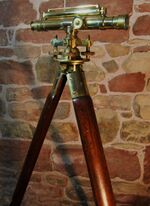 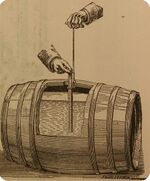 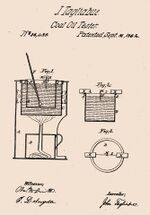 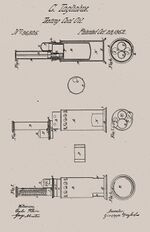 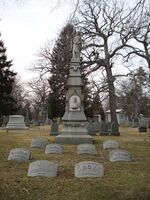 Fig.11 Detail of a device manufactured by Charles J. Tagliabue 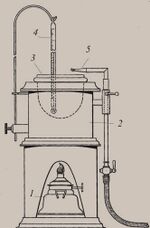 Giuseppe Tagliabue was born on August 10th, 1812 in Como, in the Lombardy region of Northern Italy. He was the grandchild of Cesare Tagliabue Sr., a master craftsman and pioneer in manufacturing of thermometers in series in Italy. His father Cesare Tagliabue Jr. (1767-1844), expanded the family business in 1799, opening a firm in London, United Kingdom, to produce thermometers, barometers, and hydrometers.

Giuseppe studied in London and learned the family craftmanship skills working with the elder brother Giovanni and Cesare Jr. Giuseppe was brother in law of the famous Luigi Pasquale Casella (1812-1897), who married the younger sister Maria Luisa. From 1837, he took the reins of the Tagliabue family business in London and made of the company a worldwide acknowledged firm, the Tagliabue & Casella Ltd. (later renamed L. P. Casella & Co.) (FIG.1).

Early in 1832, Giuseppe moved to Brazil to open a new branch on behalf of the father, and eventually landed in the United States to start his own craft shop in New York in 1834. He began by manufacturing thermometers, then opened the production line of densitometers, a device requested by the coal oil and alcohol industry for the determination of the specific weight.

Quality, diversification and customization of the instrument became Tagliabue's main strengths. Already in 1848, he was an acknowledged and wealthy businessman settled in the Financial District in Lower Manhattan on Pearl Street (FIG.2-3). The development of the mass production of lamp fuel in the 1850s, first from coal and soon after from petroleum, exponentially increased the demand for aerometers used to control the temperature for large ovens and boilers.

In October 1858, Tagliabue was the main supplier of the instrumentation used by A.C. Ferris, a New York businessman who began experimenting with the illumination potential of refined petroleum - purchased in Western Pennsylvania. In the following years, when petroleum industrial production took momentum and the demand for “lighting oil” boosted, Tagliabue was in a position of advantage: he already had skills, know-how, machinery, and recommendations of the early experimenters entrepreneurs, his early and loyal customers. In the early 1860s, his company faced an unprecedented demand for accurate, robust, and cost-effective densitometers[1] and viscometers[2] (FIG.4). He introduced a device to measure the water content in crude petroleum and a special variant of aerometer: called an oleometer or naphthometer by petroleum refiners, it was graded in the Baumé scale[3] modified by Canadian chemist Abraham Gessner. Tagliabue acknowledged that Gessner adaptation was not practical and advocated for the utilization of the original Baumé scale with the newly founded United States Petroleum Association, which adopted it as a standard until 1921.

1862 saw his main contribution to the nascent petroleum industry by patenting the closed-vessel flaming point measurement apparatus for testing the safety grade and quality of Kerosene refined both from coal and petroleum (FIG. 5-9). The variation of the same instrument, patented in 1868, evolved in the open vessel (or open tin cup) model capable to determine with high precision the flashing point. The open vessel design it eliminated the interference exerted by the metal coating on the temperature reading. The device remained in use as a standard fixture in the United States until 1879 for kerosene safe-testing - often too rich in ultralight fractions caused by imperfect distillation or fraudulent enrichment with low-value waste, such as gasoline.

Giuseppe Tagliabue engineered numerous models of hydrometers, including customized pieces to meet the requirements of the client. Examples include the whiskey testing hydrometer adopted by the United States Internal Revenue Department, and high-precision instruments produced upon commission of the United States Coast Survey.

Giuseppe Tagliabue died at the age of 66 in Mount Vernon, New York, May 7th, 1878 (FIG.10), having been one of the most competent instrument-makers in North America. His son Charles Joseph Tagliabue (1852-1922) was the designated successor to lead the company, now an international firm (FIG.11).

In 1880, Francis S. Pease[4] patented a tester with an electric ignition system. He used a Giuseppe Tagliabue pyrometer as model: the lid was removed and a system for electric ignition for flammable vapors was installed. In the 1880s, a modification of this apparatus with increased dimensions was proposed, which was called the Tagliabue’s tester of new design. A Giuseppe Tagliabue’s pyrometer of a semi-closed type was also used as a prototype when Arthur H. Elliott[5] created the naphthometers of New York and Wisconsin states.

A fundamental change in Giuseppe Tagliabue’s tester is achieved in 1918 by his son Charles Joseph, who proposed a new design bearing a renewed crucible (FIG. 12). In 1921, the open-cup method of Charles Tagliabue was enshrined in the American standard ASTM[6] D 1310, today still in use together with the ASTM D 3143.

Giuseppe Tagliabue had the merit to introduce the most of relevant instrumentation used in the early petroleum refining and testing. His contribution is still reflected in some of the standards[7] still in use with the American Petroleum Institute[8] and acknowledged in the international industry (FIG. 13).

Gibbons, W.S. 1862. Kerosene Oil: What it is; with Causes and Prevention of Accidents in its Use, Together with Upwards of Fifty Analyses and Experiments with Samples Sold in Melbourne. Melbourne: F. Bailliere, Publisher & Importer.

Retrieved from "https://ethw.org/w/index.php?title=Giuseppe_Tagliabue&oldid=185971"
Categories:
This page was last edited on 13 August 2021, at 19:29.
About ETHW
Policies and disclaimers