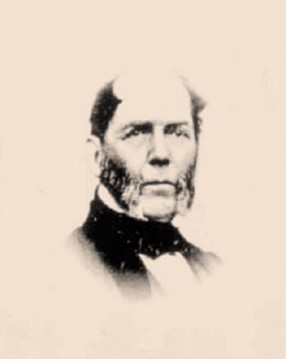 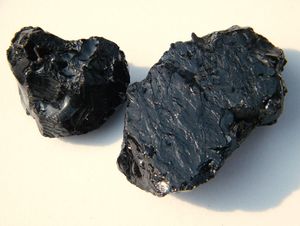 Abraham Pineo Gesner (1797-1864) was a British-Canadian physician, geologist, and an early petroleum chemist. In the petroleum industry, Gesner is acknowledged as a forerunner[1] in North America for his contributions to petroleum refining technology. Although he never refined crude petroleum on a large scale, during the 1840s and the 1850s, between Nova Scotia and New York, he experimented on new practices for lamp fuel refining from a wide range of liquid, semisolid, solid hydrocarbons and coals. He discovered the superior qualities of Trinidad’s natural pitch (a semisolid typology of petroleum) as feedstock to produce illuminant oil. Gesner's work and refining processes facilitated the use petroleum products for illumination in place of whale oil and gas lights, and helped to set the stage for the mass diffusion of illuminants obtained from petroleum, which led to the development of the market for the modern petroleum industry.

Gesner was born on May 2nd, 1797 in Cornwallis Township, Nova Scotia, Canada, then a part of the British Empire. Working as a sailor, he married and then moved close to his relatives in London, where in 1827 he graduated with degrees in medicine and surgery. It was here that he developed the chemical analytic skills that he applied to his future research on refined oil and gas obtained from coal and petroleum. The study of Earth Sciences was his main side interest, which he developed in London after taking geology and mineralogy classes. He moved back to Canada to practice as physician, and spent much of his spare times reading European works in geological sciences, such as Buffon,[2] Werner,[3] Hutton,[4] Lyell,[5] and many others. He completed extensive field studies, often while travelling horseback, assisting his patients all around Nova Scotia. In 1836, he published the book Remarks on the Geology and Mineralogy of Nova Scotia.[6] This publication was well received and from reputation he gained from the book, Gesner was appointed Provincial Geologist for New Brunswick in 1838, where he focused his research on coal deposits, another important step toward his discoveries in petroleum. In 1836 he wrote about coal, "Its value to commerce, manufactures, machinery for warlike purposes, and for oils, is beyond computation… Of all the substances ever taken from the earth, coal is certainly the most useful . . .coal is power; it is the foundation of manufacturing industry, the greatest source of national wealth; and administers largely to the comforts of man."

In Nova Scotia, beginning in 1845, he conducted distillation experiments with organic material and coal, recognizing that "coal is evidently of vegetable origin, and consists chiefly of plants which have been subjected to great pressure, heat (volcanic), and chemical agencies through vast periods of time". Since he was convinced about the direct relation between volcanic heat and the making of coal, Gesner tried to reverse the process by heating the coal to produce liquid organic material. He studied chemistry and chemical testing processes as part his medical training, and he knew how to run these experiments.

When he was a sailor, Gesner traveled to the West Indies in 1818 and visited the Pitch Lake in Trinidad,[7] and also examined the tar sands of Barbados. The knowledge he acquired when he was barely twenty revealed to be very important twenty-five years later. While in Canada, he used several feedstock in his oil refining experiments including Trinidad pitch (already used in shipyards for waterproofing and caulking, and which was also called manjak), coal, and an asphaltic substance from Albert County, New Brunswick, called Albertite,[8] which was recently discovered.

In Europe, production of gas or a liquid petroleum-like substance from the distillation of coal and coal-tar had been known for many years, but Gesner was the first in North America to demonstrate the commercial viability of obtaining a useable liquid product from coal and other hydrocarbon-rich, petroleum derived, solid substances. In August of 1846 he lit lamps filled with oil distilled from Albertite as part of a public demonstration he held on Prince Edward Island and Halifax. He distilled lamp oil from the Trinidad Pitch the called Kerosene, which was patented[9] in 1850. Gesner coined the term that became universally synonymous with lamp fuel from the Greek keros, wax and elain, oil, but the ending "ene" was instead preferred, because the liquid was volatile like the more popular ethylene-turpentine derivate called camphene.[10] The Trinidad pitch distilled by Gessner produced about 42 gallons of flammable liquid per ton, which was not much when compared with a similar pitch from Cuba that could yield up to 120 gallons per ton. The kerosene from the pitch released an unpleasant smell during the combustion the issue of the supply was soon raised. The pitch was a plastic, pasty and sticky material, difficult and expensive to carry via the means of transportation available at the time. On the other hand, the Albertite could yield 110 gallons per of good oil per ton, and the feedstock deposits were located at a more convenient distance. Unfortunately, even the supply of Albertite revealed to be a difficult business. There were problems related to mining rights, royalties, and the claims on the use of the feedstock for the same purpose from another competitor, which was soon awarded the right of exploitation. Furthermore, in Nova Scotia, Gessner was struggling to find capital to start up a large scale production business.

As result of these setbacks, Gessner moved permanently to New York in 1853 to establish his own lamp fuel refining business. In the same year, Horatio Eagle of Eagle & Hazard Ship's Agents and Brokers printed the prospectus, Project for the Formation of a Company to Work the Combined Patent Rights (for the State of New York) of Dr. Abraham Gesner, of Halifax, NS. and the right Han. the Earl of Dundonald, of Middlesex, England. The document described how the new company would use an asphalt rock the Province of New Brunswick. The legal issues emerged in Canada did not affect the edition of this public offer of shares to finance the business. This document stated that by refining just a single ton of this new rock itwould obtain 15 gallons of high quality kerosene for lamps, 15 gallons in solvents, 5 gallons of heavy grease, 880 pounds of asphalt for road paving, 200 pounds of a semi-solid asphalt for caulking and to produce varnishing, little paraffin, coke and lighting gas. The ammonia-rich waste ashes could be used as fertilizer. This new company was first called the Asphalt Mining and Kerosene Gas Company and Gesner, short in money but willing to succeed in the business, sold his patents (U.S. Patents #s 11203, 11204, and 11205 for improvement in kerosene burning fluids) to this company in 1854. Two years later, the firm was renamed North American Gas Light Company and in 1859, The New York Kerosene Oil Company.

That same year, Gesner was granted other patents in the United States on new refining techniques to distill kerosene. Due to the lack of availability of Albertite, mainly due to the exponential growth of its price, the Company was using in its place the common cannel coal mined across the bay from Albert county. Gesner’s kerosene did not get the expected immediate success and was sold at $ l.00 per gallon. Comparatively, it was less expensive than sperm whale oil ($2.25 per gallon), rapeseed oil ($1.50 per gallon) lard oil ($1.25 per gallon), roughly equivalent to right whale oil ($1.00 per gallon). However, it was more expensive than the leading camphene oil ($0.63 per gallon), and other vegetal oils of average quality, but was preferred by the masses because it was more affordable. Kerosene gained more space in the market of illumination after the introduction of an affordable lamp from the company Austen Brothers. Kerosene worked fine in the classic Argand lamp,[11] a rather complicated mechanical and expensive lamp, but Austen imported from Vienna an inexpensive and less complicated flat-wick lamp with a glass chimney. This Vienna Burner became soon known as the kerosene lamp.

By 1859, the Gessner's was producing roughly 5,000 gallons of kerosene per day, which sold at sold $1.10 per five gallon. However, his work was jeopardized and eventually struck down by three contingent factors. Gesser was never appointed a shareholder in The New York Kerosene Oil Company, and was just a salaried Chief Chemist, laid off in 1859. Second, the Gessner's patents were harshly disputed by the Scottish businessman and chemist James “Paraffin” Young[12] (the forerunner of the coal oil and shale oil industry in Europe since the 1840s) who patented a similar process earlier in the United States in 1852. The court gave priority to James Young so that the Gesner New York Kerosene Company, together with all the other similar manufacturers in town, were ordered to apply for licenses to Young and pay him royalties per gallon produced. Third, and most important, the boom of the modern petroleum industry started in 1859, and it’s run was unstoppable. Refining oils instead of coal, tar and bitumen saved refiners from paying royalties to Young and other patents owners. Crude petroleum (almost immediately recognized as the feedstock of the future) was quickly dominating market at very low prices, was easier to refine, and, the “new kerosene” obtained from petroleum was without doubt a superior product that soon became the preferred in New York,[13] and the rest of the country.

The sum of Gessner's whole experience and pivotal contribution to fossils fuel refining technology applied to the industry of kerosene (intuition, know-how, inventions, and patents) is included in the 1861 technical treatise on the distillation of oils Treatise on Coal, Petroleum and other Distilled Oils.[14] The book remained a classic text on the subject for many years, and a second edition was printed in 1865. It represents the swansong for Gesner in the artificial illumination sector. In 1863, Gesner returned to Nova Scotia where he was offered the chair of Natural History at Dalhousie University of Halifax. Gesner's path to the professorship and the acknowledgement to his scholarship in applied sciences, was interrupted by his sudden death on April 19, 1864.

Gerali, Francesco. 38th ICOHTEC Meeting, Glasgow, Scotland, August 2-6. Oil and illumination. The satisfaction of a need at the base of the development of an industry. Conference paper.

Redwood, I.I. A practical treatise on mineral oils and their byproducts; including a short history of the Scotch shale oil industry, the geological and geographical distribution of Scotch shales, recovery of acid and soda used in oil refining, and a list of patents relating to apparatus and processes for obtaining and refining mineral oils. New York: Spon & Chamberlin, 1897.