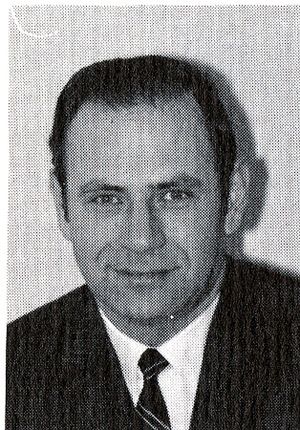 George J. Friedman was born in New York City on March 22, 1928. He received the B. S. degree in mechanical engineering from the University of California, Berkeley, in 1949, and the M. S. and Ph.D. degrees in engineering (specializing in controls, computers and applied mathematics) from the University of California, Los Angeles, in 1956 and 1967, respectively.

Dr. Friedman was Manager of Systems Analysis for the Electro-Mechanical Division of Northrop Corp. where he has been employed since 1960. Prior to that time he was associated with Servomechanisms, Inc., the Los Angeles Department of Water and Power, the Naval Ordnance Test Station and the Army Ballistic Missile Agency. He was a Registered Professional Engineer in the State of California. He is a Senior Member of the IEEE and held membership in the AIAA and the Society for General Systems.