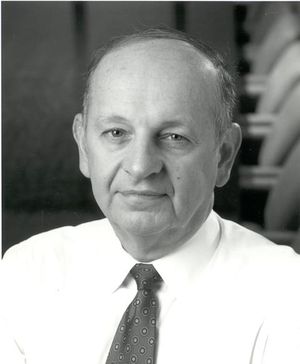 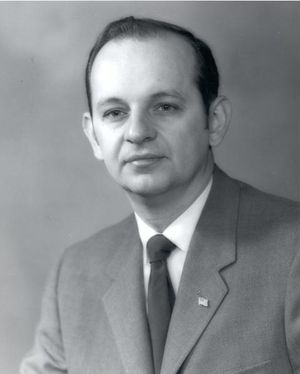 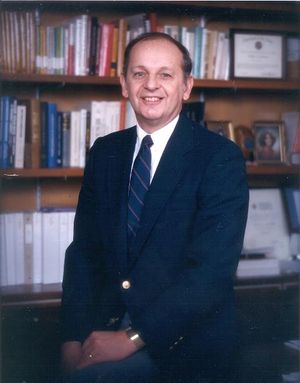 George H. Heilmeier received the BS degree in Electrical Engineering with distinguished honors from the University of Pennsylvania, Philadelphia, and the M.S.E., M.A., and Ph.D. degrees in solid state materials and electronics from Princeton University.

At RCA Laboratories, he did original work in parametric amplification, tunnel diode down converters, millimeter wave generation, ferroelectric thin film devices, organic semiconductors and electro-optics effects in molecular and liquid crystals. He was appointed Head, Solid State Device Research, in 1966 and Head, Device Concepts Research, in 1969. In 1968, he received international recognition for his discovery of several new electro-optic effects in liquid crystals, making possible for the first time the electronic control of the reflection of light. This led to the development of the first liquid crystal displays for calculators, watches, and instrumentation.

Heilmeier was selected by the President to be a White House Fellow for the year 1970-71, serving as Special Assistant to the Secretary of Defense. He was appointed Assistant Director for Defense Research and Engineering, Electronic and Physical Sciences, in September 1971. In this position, he was responsible for all Department of Defense research and exploratory development in the areas of electronics and physical sciences.

In 1975, he was appointed the Director of the Defense Advanced Projects Agency and initiated major efforts in space-based lasers, stealth aircraft, space-based infrared technology, and artificial intelligence applications.

In December 1977, he was named a vice president of Texas Instruments and, in February 1983, he was promoted to Senior Vice President and Chief Technical Officer. In his current position, he is responsible for all TI research, development, and engineering activities.

Heilmeier held 15 U.S. patents and was a member of the National Academy of Engineering, the Defense Science Board, and was Chairman of the Technical Advisory Board of Southern Methodist University. He has received many major awards, including the IEEE David Sarnoff Award, the IEEE Frederik Philips Award, the Secretary of Defense Distinguished Civilian Service Medal (twice), the Eta Kappa Nu Award as the Outstanding Young EE in the U.S., and the 26th Arthur Flemming Award as the Outstanding Young Man in Government. He was named as an Eminent Member of Eta Kappa Nuin 2000. Editor's Note: Heilmeier received the IEEE Medal of Honor in 1997, "For discovery and initial development of electro-optic effects in liquid crystals."

Heilmeier's hobbies were reading and sports. He and his wife, Janet, have one daughter, Elizabeth.

Retrieved from "https://ethw.org/w/index.php?title=George_H._Heilmeier&oldid=194444"
Categories:
This page was last edited on 16 September 2022, at 14:37.
About ETHW
Policies and disclaimers