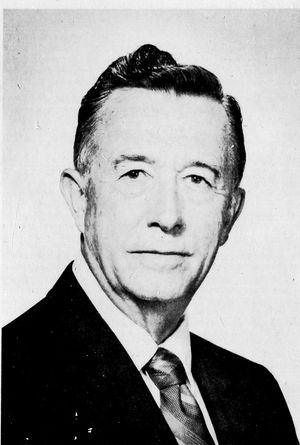 Dr. Boehne was employed by the General Electric Company from September 1926 until March 1947. He became Associate Professor of Electrical Engineering of Massachusetts Institute of Technology in March 1947 and was a full professor from July 1950 until July 1960. At that time he joined the I-T-E Imperial Corporation as a consultant on research and development.

Active in the former AIEE and IEEE, Dr. Boehne served as Chairman of the Philadelphia Section 1963-64, and received the Philadelphia Section Award for 1969. He has written more than 38 important technical papers, and he is known to many IEEE audiences for his illustrated talk, "NATURE, ART and ARITHMETIC." Dr. Boehne has been a member of the Science and Arts Committee of the Franklin Institute since 1942, and he has served as a United States representative to the International Conference on Large Electric High Tension Systems (CIGRE).

Dr. Boehne, a Fellow of the IEEE, was a Registered Professional Engineer. He is a member of Tau Beta Pi, Sigma Xi and Eta Kappa Nu. In 1937 he received Honorable Mention from Eta Kappa Nu as "Outstanding Young Electrical Engineer."

Since his retirement from I-T-E Imperial Corporation Dr. Boehne spent much of his time with his three children-Gene, Jr., Betsy, and Bill, who all lived in Boston. For the winter months he occupied a condominium in Siesta Key, Sarasota, Florida. He remained active in the IEEE, CIGRE and the Science and Arts Committee of the Franklin Institute.

Retrieved from "https://ethw.org/w/index.php?title=Eugene_W._Boehne&oldid=194375"
Categories:
This page was last edited on 12 September 2022, at 16:24.
About ETHW
Policies and disclaimers