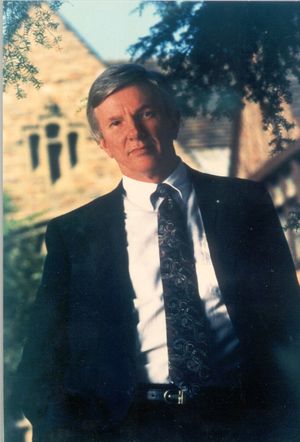 Edward Alton Parrish was born in Newport News, Virginia, on 7 January 1937. He served in the Air Force as an instructor in radar control from 1954 to 1958, and later worked at the Amerad Corporation, as a researcher at UVA, and as a trainee at NASA. He earned his B.E.E., M.E.E., and Sc.D. in electrical engineering from the University of Virginia (UVA), completing the last degree in 1968.

Dr. Edward A. Parrish has been making profound contributions to the IEEE, especially in accreditation and the IEEE Computer Society, for more than two decades. Through a variety of other activities, many at the IEEE, he has also significantly impacted engineering education as a whole.

In 1986, Dr. Parrish was elected a fellow of the IEEE based on his research in pattern recognition and signal processing. In the early 1970s, he developed a realtime operating system for microprocessor-based systems that gained wide use.

Dr. Parrish has been honored with membership in Eta Kappa Nu, Tau Beta Pi, and the Trigon Engineering Society, and has won numerous awards and certificates of appreciation. His positions at the IEEE include three years on the Board of Directors beginning in 1990, and serving as Vice President for Educational Activities and member of the Executive Committee in 1992 and 1993. He also served on the United States Activities Board, the Technical Activities Board, the Educational Activities Board, and several committees. He was Editor-in-Chief of IEEE Computer from 1995 to 1998, and was elected to a three-year term on the IEEE Foundation Board of Directors beginning in 1998.

Retrieved from "https://ethw.org/w/index.php?title=Edward_A._Parrish&oldid=172707"
Categories:
This page was last edited on 22 January 2019, at 14:20.
About ETHW
Policies and disclaimers