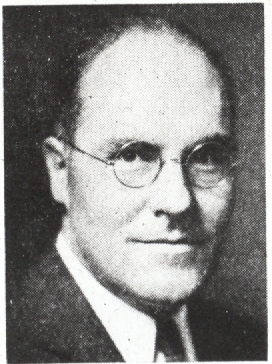 David Chandler Prince manager of the commercial engineering department, General Electric Company, Schenectady, N. Y., was AIEE president from 1941 to 1942. He was born February 5, 1891, at Springfield. Ill., and received the degrees of bachelor of science in electrical engineering 1912, and master of science in electrical engineering, 1913 from the University of Illinois. Following graduation he spent a year with General Electric at Schenectady, in the test course and on special problems.

From 1914 to 1917 he was employed on valuations and rate-making by the Illinois State Public Utilities Commission and from 1917 to 1919 was a first lieutenant in the ordnance department of the United States Army, where he was attached to Air Service headquarters in Paris. France. He returned to General Electric in 1919 and during the following year served as a special representative in Poland. He was appointed a research engineer in the radio department in 1920, and in 1923 was assigned to the research laboratory, first on vacuum-tube applications and later as bead of the power control section. He was transferred to Philadelphia in 1929 as research engineer of the switchgear department. He was chief engineer of the Philadelphia plant from 1931 to 1940, when he was given his present appointment.

He is the author of many technical papers and articles, is co-author of two books, and holder of 76 patents. He was honored in 1940 as a "modern pioneer" by the National Association of Manufacturers. He was a director of the Institute and a member of the Edison Medal, Fortescue Fellowship, transfers, protective devices, and air transportation committees, and has also been a member of the board of examiners (1938-40), finance committee (1938-40), and Lamme Medal committee (1936-39). He is a past chairman of the Philadelphia Section.