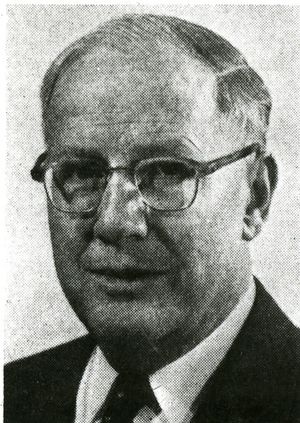 Clinton Richards Hanna was born in Indianapolis, Indiana, on December 17, 1899, and received his bachelor's degree in electrical engineering from Purdue University in 1922. In 1926, Purdue awarded him a professional electrical engineering degree, and in 1945, an honorary doctor of engineering degree. He has spent his entire engineering career with Westinghouse Electric Corporation, first as research engineer, then successively as manager of the Development Division, manager of the electromechanical department and as associate director of research. Dr. Hanna held more than 100 patents covering his inventions in sound reproduction, sound motion pictures, regulator devices and systems, hydraulic servomechanisms, gyroscopic stabilization, and aircraft automatic pilot More than a score of scientific papers were published by him on these and other subjects.

During World War II, Dr. Hanna was credited with developing many control and stabilizing devices, including an electrically controlled hydraulic system that stabilized tank gun mounts by gyroscopic means, enabling gunners to score a high percentage of hits. For this work, he was awarded a Presidential Citation in 1942. In 1949 he was awarded the Howard N. Potts Medal by the Franklin Institute. Dr. Hanna was a member of the Institute of Aeronautical Sciences, the Institute of Radio Engineers, Sigma Xi, Eta Kappa Nu, the Acoustic Society of America and the American Institute of Electrical Engineers (AIEE, NOW IEEE). In 1955 he was awarded the Lamme Medal of the AIEE "for his fundamental calculations and developments in the field of electrodynamics and particularly for his achievements in the design of generator voltage regulators, automatic rolling mill controls, and tank gun stabilizers."

Retrieved from "https://ethw.org/w/index.php?title=Clinton_Richards_Hanna&oldid=187928"
Categories:
This page was last edited on 14 April 2022, at 18:19.
About ETHW
Policies and disclaimers