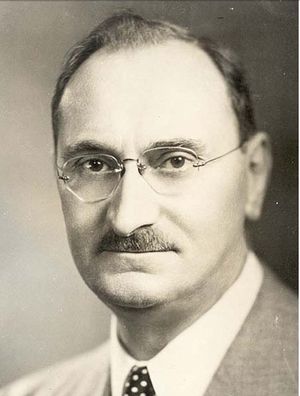 Charles A. Powel, AIEE President, 1944 - 1945, was the assistant to the vice president of engineering for Westinghouse in East Pittsburgh, Pennsylvania.

Powel was also active in the American Institute of Electrical Engineers (AIEE). He served on numerous AIEE committees, including the Lamme Medal, 1939-1942; Standards, 1939-1944; Education, 1942-1944; and Edison Medal, 1943-1948. He was also a member of the AIEE board of directors from 1936 until 1940. He became an AIEE Fellow in 1941 and was the organization’s President from 1944-45. Powel authored The Principles of Electrical Utility Engineering in 1955, as well as numerous articles. His interest in fostering the careers of younger engineers was evident in the subject matter of some of his writings, as, for example, Mathematical Training for Young Engineers, The Engineer and His Future, and The Romance of Engineering. Eta Kappa Nu named him an Eminent Member in 1953. Powel died in 1972. He was married to Blanche Brownrigg.

Retrieved from "https://ethw.org/w/index.php?title=Charles_Powel&oldid=145468"
Categories:
This page was last edited on 20 January 2016, at 17:17.
About ETHW
Policies and disclaimers