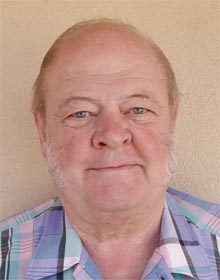 Carl E. Baum was born in Binghamton, NY on February 6, 1940. He received his BS in electrical engineering with honors from Cal Tech in 1962. Baum was commissioned as a 2nd Lieutenant in the Air Force and assigned to the newly formed Air Force Weapons Laboratory at Kirtland AFB. In 1969, Captain Baum received his doctorate from Cal Tech.

In 1971, Baum accepted a civilian position at the Air Force Weapons Laboratory and continued there until 2005. After serving the Air Force for 42 years, Dr. Baum retired from the government in 2005. Dr. Baum was a distinguished research professor in the department of electrical and computer engineering at the University of New Mexico in Albuquerque. He is most famous for developing the Singularity Expansion Method (SEM), which compactly and parametrically represents the late-time electromagnetic scattering and gives an aspect-independent radar signature for target identification. He also introduced the concepts of natural frequencies, natural modes, and coupling coefficients that could be computed from an integral equation to concisely represent experimental data.

Dr. Baum was an authority on electromagnetic pulse simulation (EMP) and has designed simulators for testing various electromagnetic systems used by the U.S. Air Force as well as allied and friendly countries. His excellent design of a special class of antennas, used for accurate transient/broadband measurements of electromagnetic fields and related parameters, are now in standard use by the EMP community in both the U.S. and Western Europe.

Retrieved from "https://ethw.org/w/index.php?title=Carl_Edward_Baum&oldid=145423"
Categories:
This page was last edited on 19 January 2016, at 20:47.
About ETHW
Policies and disclaimers