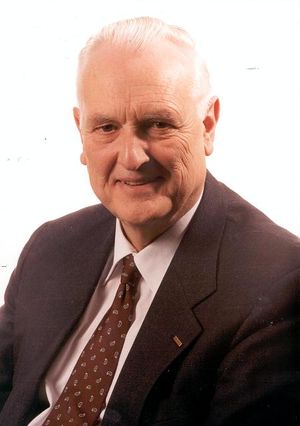 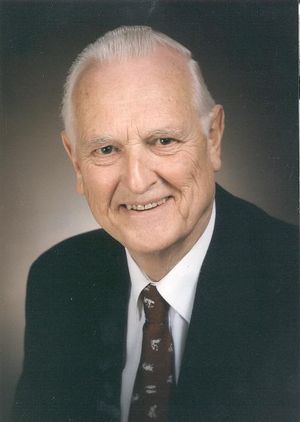 As Alan G. Chynoweth was wont to put it, his life was the hybrid product of two ancient traditions, "the Celts involvement with mining, metals and engineering," which came down to him on his father's side, "and the Vikings seafaring adventurousness" which passed through his mother's blood. To hear it told as such, it seems like unencumbered destiny that one day he would make his home in a foreign land working for one of the world's most advanced scientific labs of its day. But as is so often the case, life is full of twists and turns and it is only in retrospect that destiny comes to displace uncertainty and decision.

For Chynoweth, the real story began in 1927 in southern England, a few miles from the English Channel. Although his mother's intrepidness and his father's bent towards science most certainly influenced the young man's career path, the events of the age too would weigh in on his development. Nowadays we commonly recognize the role war plays in fostering technological development, but what we often don't see is the ways that it can inspire a young generation to dedicate themselves to inventing the future. It was during the second great war that young Chynoweth looked up at the bombers overhead and witnessed for the first time the sublime power of modern machines. As he would put it later in reflection, "Perhaps the greatest stimulation was World War II. For six years one was exposed to a steady stream of news about developments of military technology." Of course, for the young man the kicker was The Bomb. Thenceforth it was clear that technology had defined a new epoch.

In the years following, Chynoweth attended London University's King's College, where he heard word of the invention that would come to define much of his life's work. News of the transistor was coupled with lore of the place where it was invented, the famous Bell Labs of AT&T. The "shining laboratory on a hill," as he would come to call it, was alluring, but destiny was still some years away, and a few turns remain to the story. Rather than sailing to New Jersey, Chynoweth's first ship out of England dropped anchor on the coast of that other former British colony, Canada. Chynoweth held a post-doctoral position at the National Research Council in Ottawa, where he worked on the conductivity of crystals, an esoteric topic that would prove valuable in the future. By either luck or fate he soon was presenting his work on diamonds at the conference of the American Physical Society, where he made his first acquaintance of the faculty of Bell Labs, who invited him to tour the Labs. Long story short, after two visits he was hired into the physics research division in 1953.

Even if fate did not carry Chynoweth to Bell Labs, once he was there, it was a match of the sort most familiar in mythology and Romantic novels. Chynoweth thrived in this stimulating and challenging environment, and went on to have a long and distinguished career in the Bell Labs system. He was marked for management from early on, and rose in the ranks eventually to be anointed as Director of the Metallurgical Research Laboratory and then Executive Director of the Electronic and Phonic Device Division after 22 years with Bell Labs. Most memorably, Chynoweth oversaw much of the research that went into developing the fiber optic technologies for the first transatlantic optic cable, laid by AT&T, British Telecom and French Telecom in 1988. By that time, however, the AT&T we once knew was no more, and this meant the same for its research arm, Bell Labs. When the monopoly was broken up by a federal anti-trust suit in 1984, Chynoweth was asked to help organize Bellcore, the reorganized research branch of the new telecommunication consortium. For the next decade he would serve as Vice President of this entity, from which he retired in 1993. Since that time he has worked as an industry consultant, a logical coda of his career, but again, not a destined one.

Retrieved from "https://ethw.org/w/index.php?title=Alan_G._Chynoweth&oldid=145148"
Categories:
This page was last edited on 13 January 2016, at 15:52.
About ETHW
Policies and disclaimers