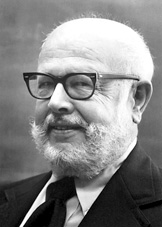 Fowler was born in Pittsburgh, Pennsylvania, graduated in 1933 from Ohio State University, and obtained his PhD in 1936 from the California Institute of Technology. He was immediately appointed to the staff, serving as professor of physics there from 1946 to 1970; he was Institute Professor from 1970 and professor emeritus from 1982.

Fowler worked mainly in nuclear physics, especially on the nuclear reactions that occur in stars and by which energy is produced and the elements synthesized, on nuclear forces, and on nuclear spectroscopy. In 1957 Margaret and Geoffrey Burbidge, Fred Hoyle, and Fowler published a key paper dealing with the problem of the creation of the chemical elements in the interiors of stars. They were aware that the hot big bang proposed by George Gamow could produce nothing heavier than helium. Clearly the elements were produced later. They therefore had to identify nuclear reactions that could occur at the immense temperatures of stellar cores; the type of process changed, and hence changed the elements being produced, as the temperature increased and conditions altered inside the stars. A later and fuller version was published by Fowler and Hoyle in their Nucleosynthesis in Massive Stars and Supernovae (1965).

Fowler subsequently worked on such fundamental questions as the amount of helium and deuterium in the universe, the answers to such questions having profound implications for knowledge of the age and future development of the universe.

For his work on nuclear astrophysics, Fowler shared the 1983 Nobel Prize for physics with Subrahmanyan Chandrasekhar.

Retrieved from "https://ethw.org/w/index.php?title=William_Alfred_Fowler&oldid=147614"
Categories:
This page was last edited on 8 March 2016, at 18:07.
About ETHW
Policies and disclaimers