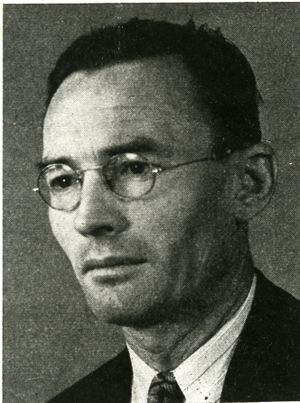 Wilbur S. Hinman (SM'46) has been appointed associate director for ordnance development of the National Bureau of Standards, Washington, D. C. He will co-ordinate NBS work in the field of ordnance research and development.

Mr. Hinman was born in Washington, D. C., and attended the Virginia Military Institute, receiving the B.S. degree in electrical engineering in 1926. From 1926-1928, he was a student and radio engineer for Westinghouse Electric Corporation. In 1928, Mr. Hinman joined the staff of NBS as a member of the radio section.

Mr. Hinman has achieved outstanding recognition as an authority on the radio proximity fuze and radio meteorography. He is co-inventor with the late Harry Diamond of a basic design utilized in the radio-proximity fuze, the radio sonde, and the automatic weather station. He has also conducted extensive research on upper-air-wind-measuring equipment, direction finders, automatic volume control for aircraft radio receivers, radio compasses, and blind landing aids.

In recognition of his contributions during World War II, Mr. Hinman received the Presidential Certificate of Merit, the Ordnance Development Award, the Army's Citation for Exceptional Service, and Department of Commerce Medal for Meritorious Service.

Mr. Hinman has served for some years as chairman of the Warhead and Fuzes Panel of the Guided Missile Committee of the Research and Development Board.