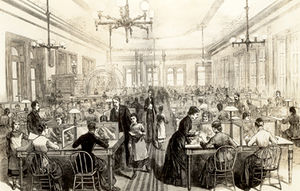 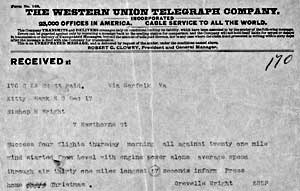 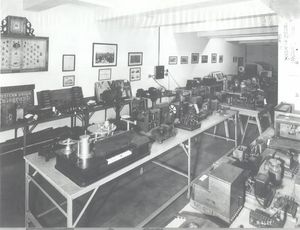 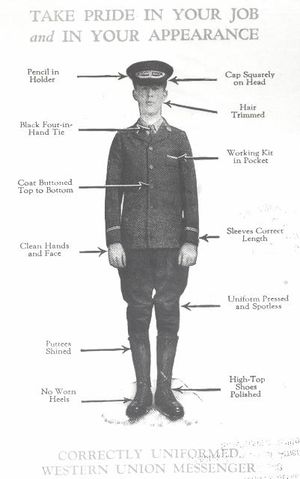 The telegraph industry in the United States began in 1844, when Samuel Morse completed his first line between Washington, DC and Baltimore, Maryland. While the telegraph changed everyday life by providing nearly instantaneous communication over long distances, it also gave rise to one of the first communications corporate giants — Western Union.

Throughout the 1840s and 1850s, the telegraph spread throughout the nation. Its growth, however, was uneven and involved many small companies offering different levels of service. In the 1850s there were several dozen telegraph companies that had only local or regional lines. In order to send a telegram from Chicago to New York, for example, the message had to pass over the lines of several companies, and be retransmitted each time. This often resulted in delays and mistakes. Many of these small companies eventually went bankrupt. A group of investors headed by Samuel Selden and Hiram Sibley set about consolidating the companies to provide reliable and geographically extensive telegraph service and, of course, to turn telegraphy into a highly profitable business. The new Western Union Company rebuilt poorly constructed lines and united them into a single network. Western Union quickly adopted the 1856 invention of an automatic repeater, obviating the need for an operator to re-send attenuated signals. Western Union continued to acquire competitors, and by the time it completed a transcontinental line in 1861 connecting New York and California, it had obtained a near monopoly on the U.S. telegraph business.  By 1866 the Western Union monopoly controlled a staggering 90% of the telegraph traffic in the United States.

The Western Union Telegraph Company transmitted the hottest news of the day. Here is the telegram announcing the Wright brother’s successful flight at Kitty Hawk, North Carolina in 1903. Courtesy: Library of Congress

Like many corporate giants, Western Union’s power did not go unchallenged. Between 1866 and 1910 Western Union faced two major challenges to its monopoly. The first was an attempt to nationalize the telegraph and place it under the control of the Post Office. Western Union officials spent much time and energy defending their private monopoly to the public and Congress and the telegraph remained a private enterprise. The second challenge ultimately proved far more serious. The telephone, invented in 1876 by Alexander Graham Bell, was the beginning of the end of Western Union’s dominance of long-distance communication. Bell offered to sell Western Union his patent, but Western Union refused and established a competing telephone system in the late 1870s. Because of Bell’s superior patent position, Western Union withdrew from the telephone market in 1879. By about 1890 telephone engineers expanded the range of audible conversations to a few hundred miles, culminating in the establishment of Bell’s transcontinental telephone service in 1915. As Bell’s long-distance network expanded and rates declined, the telephone steadily eroded the telegraph’s (and Western Union’s) share of the long-distance communications market.  The telegraph business thrived for almost a century, despite the telephony's proliferation, partly because a great many people still did not have a telephone, and partly because telegraphy provided a permanent communications record. The 1940s were the peak decade for U.S. telegraph use, but usage dropped off rapidly thereafter.

Between 1915 and the end of World War II in 1945 the telegraph’s share of the long-distance communications market continued to decline because of competition from the telephone, government air mail service, and AT&T’s teletype service inaugurated in the 1930s. Following World War II, Western Union’s managers attempted to modernize the company’s physical plant and to preserve a market niche for record communications. Western Union made several efforts to diversify its business. In 1948, Garvice Ridings developed a small, easy-to-operate low-cost desktop facsimile machine named Desk-Fax, and within a few years, 40,000 of these machines were in use. Western Union was also quite successful with teletypewriter services, as its Telex and TWX networks were used heavily from the 1960s into the 1990s. The company became an important developer of satellite technology; its Westar satellite, launched in 1974, was the first satellite for U.S. domestic communications (the earlier AT&T Intelsats were for international communications). Most recognizable to younger generations, the money-order service has enjoyed the greatest longevity. In 1988, the Western Union Telegraph Company was reorganized as the Western Union Corporation, with money orders as the primary business. In 1994, First Financial Management Corporation acquired Western Union, and the Western Union service remains the largest money-transfer business in the world.

Retrieved from "https://ethw.org/w/index.php?title=Western_Union&oldid=120382"
Categories:
This page was last edited on 28 September 2015, at 20:01.
About ETHW
Policies and disclaimers