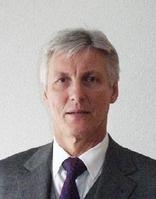 Werner Wiesbeck’s research on the application of electromagnetics and antennas resulted in many commercial software products and architectures in use today in the European wireless and automotive markets. Early in his career, he was one of the first to develop numerical tools for the calculation of electromagnetic fields that he later applied to the design of planar microstrip circuits and different types of antennas. These later became parts of radar and communications systems. Dr. Wiesbeck’s research on remote sensing, specializing in high-resolution radars with digital beam-forming, gave him a leading position in the design of mono- and dual-polarization, wideband to ultra-wideband antennas. Dr. Wiesbeck is the director of the Institut für Hoechstfrequenztechnik und Elektronik at the University of Karlsruhe, Germany. An IEEE Fellow, he has received a number of awards, including four prize paper awards and the IEEE Geoscience and Remote Sensing Distinguished Achievement Award.

Retrieved from "https://ethw.org/w/index.php?title=Werner_Wiesbeck&oldid=147597"
Categories:
This page was last edited on 8 March 2016, at 17:41.
About ETHW
Policies and disclaimers