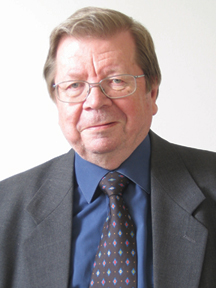 Teuvo Kohonen has made pivotal contributions in the field of artificial neural networks, having developed the self-organizing map (SOM), a data-analysis method that helps with the problem of clustering and data exploration. SOM is regularly used in finance, trade, natural sciences and linguistics. This method and its derivatives are also used in speech recognition and robotics. The SOM method, considered by experts to be one of the most significant inventions in computational science, has been the subject of some 8,000 scientific papers, a dozen books and six international workshops that have been organized using the method. Dr. Kohonen is currently a professor and Academician at Helsinki University of Technology, Espoo, Finland. An IEEE Fellow, he has received several awards including the IEEE Neural Networks Pioneer Award, the IEEE Signal Processing Society’s Technical Achievement Award and the International Neural Network Society Lifetime Achievement Award.

Retrieved from "https://ethw.org/w/index.php?title=Teuvo_Kohonen&oldid=147230"
Categories:
This page was last edited on 29 February 2016, at 18:14.
About ETHW
Policies and disclaimers