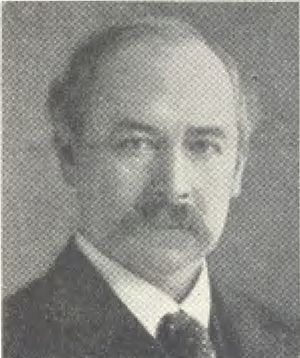 SILVANUS Phillips Thompson, noted physicist and electrical engineer of Great Britain, and celebrated as a teacher and writer on electricity and magnetism, was elected an Honorary Member of the Institute March 13, 1914. He was born at York, England, June 19, 1851. Upon graduation from London University in 1869, he took up the study of chemistry and physics at the Royal School of Mines, also studying at foreign universities. In 1875 he received the degree of B.S. from the University of London, and in 1878 that of Sc.D. from the same university. He became professor of experimental physics at Bristol University College in the latter year. Here he began a series of investigations covering a wide range of problems in physics and electricity, becoming an authority on the subject of dynamo-electric machines. In 1885 he became principal and professor of physics at the City and Guilds Technical College at Finsbury, London. At the time of his death June 13, 1916, he was principal and professor of electrical engineering at this college. He was a fellow of the Royal Society, and was a past-president of the Institution of Electrical Engineers, of Great Britain. Doctor Thompson had also made many contributions to the history of science and philosophy.

Retrieved from "https://ethw.org/w/index.php?title=Silvanus_Thompson&oldid=147154"
Categories:
This page was last edited on 26 February 2016, at 19:46.
About ETHW
Policies and disclaimers