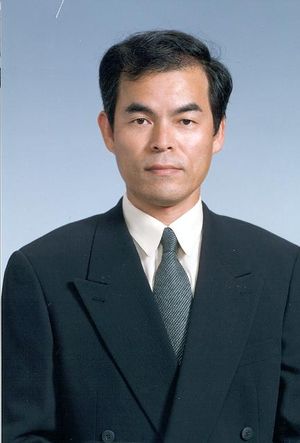 Dr. Shuji Nakamura is credited for inventing blue, green, and white LEDs, as well as the blue laser. His inventions have revolutionized lighting technology.

Nakamura was born on May 22, 1954 in Ehime, Japan. He attended the University of Tokushima in Japan, where he received his bachelor's (1977), master's (1979), and doctoral degrees (1994), each in Electrical Engineering. Nakamura joined Nichia Chemical Industries Ltd. after receiving his master's degree in 1979. He remained there until 1999. While at Nichia, Nakamura began his year-long position as a visiting research associate at the University of Florida in 1988. One year later, Nakamura began researching blue LEDs using group-III nitride materials. He developed the first group-III nitride-based blue/green LEDs in 1993 and 1995. In addition, he developed the first group-III nitride based violet LDs in 1995.

Nakamura's discoveries and inventions have had widespread benefits, and the energy-efficient technology is present in numerous devices including solid-state lighting, displays, Blu-Ray discs, and medical technologies. Scientists argue that the energy efficiency and reliability of Nakamura's inventions will ultimately cause Edison's light bulb to become obsolete, saving the world billions of dollars in energy costs.

Of course, Nakamura has received numerous honors and awards throughout his career. Some include the IEEE Jack A. Morton Award (1998), the Benjamin Franklin Medal (2002), and the Emmy Award for Technology and Engineering (2012). He was elected as a member of the U.S. National Academy of Engineering in 2003. Since 2000, Nakamura has worked as a professor of Materials at the University of California, Santa Barbara, and serves as the Research Director for the university's Solid State Lighting and Energy Center. He holds over 100 patents and has published more than 400 technical papers. Nakamura was awarded the Nobel Prize in Physics with Isamu Akasaki and Hiroshi Amano for the invention of blue light emitting diodes.

Retrieved from "https://ethw.org/w/index.php?title=Shuji_Nakamura&oldid=147150"
Categories:
This page was last edited on 26 February 2016, at 19:39.
About ETHW
Policies and disclaimers