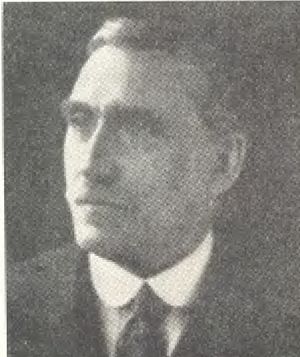 SEBASTIAN Ziani de Ferranti was one of the pioneers in the field of electric power distribution in Great Britain, and in recent years had made many contributions in radio development. He was born at Liverpool, England, April 9, 1864, and was educated at St. Augustine's College, Ramsgate, and University College, London. At any early age he displayed unusual ability in machine design, and when between 10 and 12 years old he had produced original drawings demonstrating his extraordinary grasp of detail. Continuing to direct his attention to the development of electrical devices throughout his life, he had to his credit inventions in various lines which are among the most notable contributions to the electrical art. When 22 years of age he began his work of supplying London with electricity from a plant remote from the city, and in 1891 the from the city, and in 1891 the scheme was perfected and the regular transmission of current at 10,000 volts to the city was initiated. The large Ferranti power plant at Hollinwood was started in 1895. In the construction of this and other early power plants, Mr. Ferranti showed great ingenuity in overcoming the difficulties which were constantly arising. In recent years Doctor Ferranti had been interested chiefly in radio developments and devoted exhaustive study to audio-frequency transformers, which he brought to a high degree of perfection. His contributions to the profession have been marked. In 1910 Doctor Ferranti was elected president of the Institution of Electrical Engineers, of Great Britain, and in 1926 was elected to honorary membership in this institution. On January 12, 1912, Doctor Ferranti was elected an Honorary Member of the A.I.E.E. His death occurred January 13, 1930. He received the honorary degree of Sc.D. from the University of Manchester in 1911; in 1924 he received the Faraday medal of the Institution of Electrical Engineers, and in 1927 he was elected a fellow of the Royal Society.