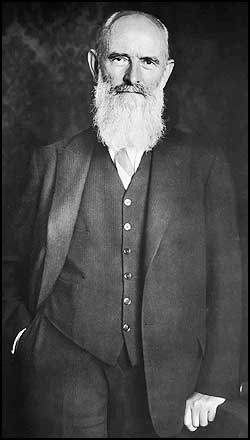 This article was initially published in Today's Engineer on September 2006

In the late 1800s, the idea of an internal combustion engine must have seemed wacky to steam engine designers. The power from steam engines came mainly from the condensation of steam, creating a partial vacuum within a cylinder and causing atmospheric pressure to propel a piston inward. The fire that produced the steam occurred outside the cylinders, so steam engines were external combustion engines. In the new type of engine, the fire occurred, surprisingly, within the cylinders, meaning that fuel and air had to be brought into a cylinder, the gaseous mixture had to be ignited, and the waste products had to be removed before the cycle could start again. Devising a means of igniting the fuel-and-air mixture within the cylinder was the greatest technological challenge. The most famous contributor to its achievement was Robert August Bosch.

Bosch was born on 23 September 1861, in Albeck, near Ulm in the independent state of Württemberg, which ten years later became part of the newly unified Germany. He trained as a mechanical engineer and then increased his knowledge and skills by working for a series of leading electrical manufacturers in several countries — for Sigmund Schuckert in Nürnberg, for Thomas Edison and Sigmund Bergmann in the United States, and for the Siemens Brothers company in England.

Bosch returned to Germany, and in 1886 set up his own company in Stuttgart to produce a variety of electrical equipment. The company struggled through its early years, but achieved prosperity in the late 1890s, principally as the result of two new products for combustion engines. Bosch developed an electrical generator, a magneto, for such engines, and his employee Gottlob Honold invented a spark plug to ignite the fuel-and-air mixture in the cylinders. These two products became the mainstay of the Bosch company and earned it worldwide success. In 1914, before war broke out, the company had 4,700 employees and 88 percent of its production was exported.

The Bosch company developed many other devices for automobiles, such as headlamps, windshield wipers, horns and oil pumps. Bosch worked to diversify the company. Beginning in the late 1920s, it began producing home appliances, and it enjoyed considerable success with its refrigerators in the 1930s. Other new product lines included radios, power tools and hydraulic systems.

Bosch espoused progressive social views, favoring free trade and arbitration for labor disputes. In 1906, he instituted an eight-hour working day. With the wealth his company generated, he became a leading philanthropist. In the 1930s, Bosch came into conflict with the National Socialists. He died on 9 March 1942 of complications from an ear infection, in the midst of a war he opposed. Since his death, engineers at the Bosch company have continued to develop important new technologies. Today the Bosch Group consists of three main divisions — automotive technology, industrial technology, and consumer goods and building technology.

Retrieved from "https://ethw.org/w/index.php?title=Robert_Bosch&oldid=174699"
Category:
This page was last edited on 1 April 2019, at 20:21.
About ETHW
Policies and disclaimers