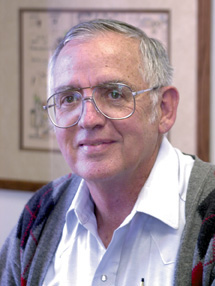 The Fred H. Cole Professor of Engineering at USC’s Viterbi School of Engineering, Dr. Scholtz coauthored the Spread Spectrum Communications Handbook and authored The Origins of Spread Spectrum Communication. An IEEE Fellow, he has been a member of both the Board of Governors of the IEEE Communications Society (ComSoc) and the IEEE Information Theory Society. He has received the IEEE Donald G. Fink Prize Paper Award, ComSoc’s IEEE Leonard G. Abraham Award, and the IEEE Antennas and Propagation Society’s Sergey A. Schelkunoff Transactions Prize Paper Award, jointly with Dr. Win and Dr. J.M. Cramer. He has a bachelor’s degree from the University of Cincinnati in Ohio, a master’s degree from USC, and a doctoral degree from Stanford University, all in electrical engineering.

Retrieved from "https://ethw.org/w/index.php?title=Robert_A._Scholtz&oldid=146972"
Categories:
This page was last edited on 24 February 2016, at 20:25.
About ETHW
Policies and disclaimers