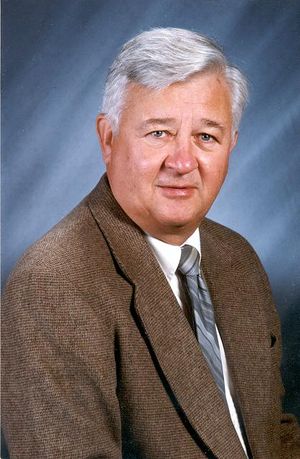 His contributions to government and industry have spanned the globe. For 30 years, Dr. Blahut was employed in the Federal Systems Division of IBM, where he had general responsibility for the analysis and design of systems for coherent signal processing, digital communications and statistical information processing.

Named an IBM Fellow in 1980, Dr. Blahut developed an error-control code and decoder algorithm used in the high-speed data link for the U.S. Navy's LAMPS helicopter. His error -control codes have been used to transmit messages to the Tomahawk missile and to protect data sent over the public broadcasting network.

For the British Royal Mail, he designed a damage-resistant bar code. He was also responsible, while at IBM, for development of passive coherent location systems, a technique now used in U .S. Department of Defense surveillance systems.

Currently a Professor of Electrical and Computer Engineering at the University of Illinois and a Research Professor in the Coordinated Science Laboratory, Dr. Blahut has held many academic positions over the last 24 years.

Today; Dr. Blahut is also a systems consultant to the Ioptics Corporation, contributing to the design of optical storage systems and working on the prototype of a player for a one-inch optical compact disk.

In 1990, Richard Blahut was elected to membership in the National Academy of Engineering. He was named a Fellow of the IEEE in 1991.

Retrieved from "https://ethw.org/w/index.php?title=Richard_E._Blahut&oldid=146936"
Categories:
This page was last edited on 24 February 2016, at 18:55.
About ETHW
Policies and disclaimers