From ETHW
(Redirected from R. A. Weagant)
Jump to:navigation, search
Roy A. Weagant 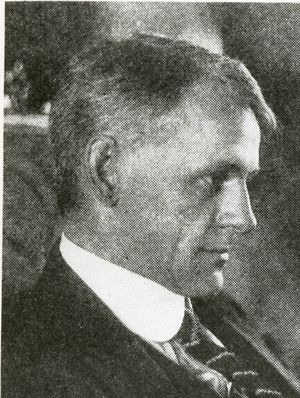 Roy Alexander Weagant was a radio engineering pioneer. One of his most notable contributions was his 1918 invention, which was the first successful system to reduce the effects of static in radio transmissions. The Institute of Radio Engineers (IRE) recognized this achievement when the organization selected Weagant to be its recipient of the Morris N. Liebmann Memorial Award in 1920.

Weagant was born on March 29, 1881 in Morrisburg, Ontario. He spent his childhood in both Derby Line, Vermont and Stanstead, Quebec. In 1905, he graduated from McGill University in Montreal with a B.S. degree. After graduation, Weagant worked for light and power companies in Montreal, Pittsburgh, New York City, and West Lynn, Massachusetts. Weagant then moved to Trenton, New Jersey in 1907, where he worked for the DeLaval Steam Turbine Company. Then, he transferred to Reginald Fessenden's National Electric Signaling Company in Brant Rock, Massachusetts, and remained there from 1908 to 1915. After leaving Fessenden's, Weagant joined the Marconi Wireless Telegraph Company of America as a designer. He eventually became the company's chief engineer, and during World War I, Weagant led the design of much of the U.S. Navy's radio equipment.

After gaining fame in 1918 for his work to eliminate radio static, Weagant served as a consulting engineer at RCA from 1920-1924. He developed directional antennas and other static-reducing devices during his time as consultant. Weagant left RCA in 1924 to pursue research, and one year later, he retired to Lake Memphremagog, Vermont. He died August 23, 1942 in Quebec.

Retrieved from "https://ethw.org/w/index.php?title=Roy_A._Weagant&oldid=173899"
Categories:
This page was last edited on 19 February 2019, at 14:57.
About ETHW
Policies and disclaimers