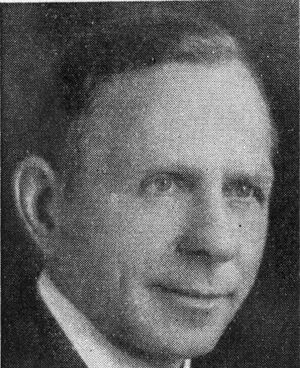 Paul B. Juhnke (AIEE M '20, F '36, Member for Life), was born in West Prussia in 1879, and came to the United States at the age of 12. He was graduated from Lewis Institute in 1903 with the degree of mechanical engineer. He joined the Commonwealth Edison Company in 1903 as an electrician's helper. He was made chief load dispatcher in 1912, and was appointed a member of the Commonwealth Edison Advisory Committee in 1929, assistant chief operating engineer in 1942, and chief operating engineer in 1943. He retired from the company in 1947.

Mr. Juhnke served as chairman of the Western Society of Engineers electrical section, as president of Lewis Union and Lewis Institute Alumni Association, and as president of Alexian Brothers Hospital. He was a member of the Union League Club of Chicago. Mr. Juhnke served as a member of the AIEE Board of Directors, 1933-34, and as chairman of the Chicago Section of the AIEE in 1928.

Retrieved from "https://ethw.org/w/index.php?title=Paul_B._Juhnke&oldid=178849"
Categories:
This page was last edited on 6 March 2020, at 18:47.
About ETHW
Policies and disclaimers