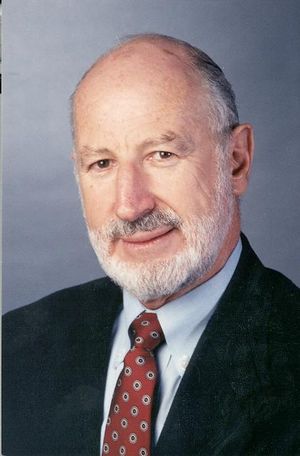 Norman Abramson is a pioneer in the field of wireless and local area networking. While at the University of Hawaii, he led efforts that gave rise to the construction and operation of the ALOHANet, the first wireless packet network, and to the development of the theory of random access ALOHA channels. ALOHA channels have yielded significant advancements within wireless and local area networking, with versions still in use today in all major mobile telephone and wireless data standards. This influential work also developed the core concepts found today in Ethernet.

Dr. Abramson previously served as chair of the University of Hawaii’s information and computer sciences department and director of the ALOHA System research project. Dr. Abramson is a founder of ALOHA Networks, Inc and of SkyWare, Inc., both wireless communications companies located in San Francisco.

An IEEE Life Fellow, he holds eight U.S. and international patents, and has published more than 50 technical papers. Dr. Abramson has a bachelor’s degree in physics from Harvard University, a master’s degree in physics from The University of California, Los Angeles, and a doctoral degree in electrical engineering from Stanford University, California. Dr. Abramson has received the IEEE Koji Kobayashi Computers and Communications Award, the Golden Jubilee Award sponsored by the IEEE Information Theory Society and the Eduard Rhein Foundation Technology Award. In 2007 he was awarded the IEEE Alexander Graham Bell Medal “For contributions to the development of modern data networks through fundamental work in random multiple access”

Retrieved from "https://ethw.org/w/index.php?title=Norman_Abramson&oldid=182163"
Categories:
This page was last edited on 7 December 2020, at 14:54.
About ETHW
Policies and disclaimers