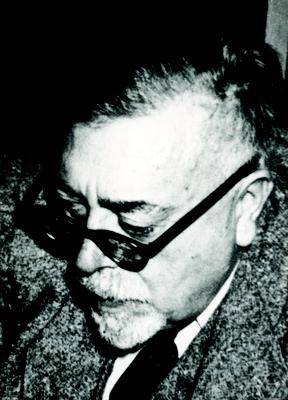 Norbert Wiener was a mathematician who is widely considered to be the founder of the cybernetics discipline, the study of regulatory systems.

He was educated at a young age by his father, Leo Wiener, a professor of German and Slavic languages. Norbert was a child prodigy, entering Tufts college at the age of eleven and receiving a bachelor degree in mathematics at the age of fourteen He received his Ph.D. from Harvard in 1912 at the age of seventeen for a dissertation on mathematical logic which defines ordered pairs, relations and set theory.

After World War I, Wiener became a mathematics instructor at MIT, where he remained for the rest of his career. Like most of the field, during World War II, Wiener's work focused on military applications, specifically the automatic firing of anti-aircraft guns. This work led to early research in information theory, conducted in parallel with Claude Shannon's pioneering research. Wiener's exploration of information theory led him to conceive of the idea of cybernetics, and he recruited a team of neuropsychologists, mathematicians, and biophysicists to conduct research in cognitive science. While this group was short lived, it made many contributions to the emerging fields of computer science and artificial intelligence.

In the post-war period, Wiener became a staunch pacifist, and refused to accept any money from the government for working on military projects. He wrote to his fellow engineers to strongly consider the ethics of their work.

In addition to his contributions to cybernetics, Wiener also developed many mathematical theories, including the abstract Wiener space, the Wiener–Khinchin theorem, Paley–Wiener theorem, and the Wiener filter, designed to filter out noise from a signal.

Retrieved from "https://ethw.org/w/index.php?title=Norbert_Wiener&oldid=153212"
Categories:
This page was last edited on 14 February 2017, at 16:09.
About ETHW
Policies and disclaimers