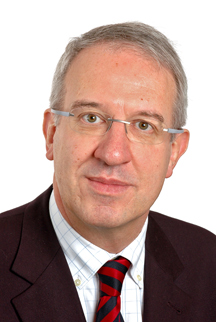 Dr. Nicolaas Frans de Rooij is a leading researcher in the area of micro electro mechanical systems (MEMS) in Europe, whose work led to drastic improvements in the design and production of technological devices. His achievements have had a huge affect on medical and space exploration technology.

Currently serving as director of the Institute of Microtechnology at the University of Neuchatel, Switzerland, Dr. de Rooij built up the Sensors, Actuators and Microsystems Laboratory (SAMLAB) as one of the first university laboratories on MEMS in Europe. Over 300 scientific and technical publications and presentations in major journals and at international conferences have resulted from research done at SAMLAB. De Rooij was a key player in the development of silicon etching technologies that became the basis for forming precise microstructures used in applications such as pressure sensors and accelerometers. A strong advocate of MEMS, de Rooij has made numerous contributions to organizing international conferences, workshops and summits. He also has directed projects that have resulted in the integration of fully functional MEMS for sensing and control aboard the Space Shuttle’s Space Lab. Most recently, de Rooij’s group contributed to the production of the first micromechanical silicon-based components, such as microgears and microsprings, for use in high-performance mechanical watches.

Retrieved from "https://ethw.org/w/index.php?title=Nicolaas_Frans_De_Rooij&oldid=146736"
Categories:
This page was last edited on 9 February 2016, at 19:39.
About ETHW
Policies and disclaimers