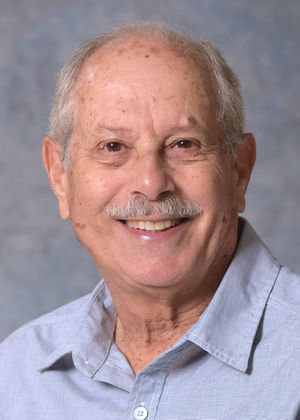 With a central research theme of waveform design and analysis, Nadav Levanon is considered one of the world’s foremost experts on radar theory and practice with many contributions to techniques that have become fundamental practices in radar signal processing. Levanon is most known for his development of the periodic ambiguity function (PAF), which is an important extension of Woodward’s ambiguity function. PAF is the main tool for analyzing and designing continuous-wave radar waveforms and periodic pulsed waveforms. Levanon’s early work on multicarrier waveforms for radar provides waveform variability and separability, which are of concern to advanced multiple-input, multiple output (MIMO) coding and are explored by the radar community. His recent work on noncoherent pulse compression has enabled coding concepts normally used in coherent radar to be applied to noncoherent radar such as laser radar. Making use of the laser’s natural on-off keying technique, these radars can operate using extremely low-peak optical power, which is important for low-cost operation and stealth applications. Levanon designed and built his first radar during 1968-69 as part of his Ph.D thesis. Hundreds of these balloon-borne radar altimeters flew for months on meteorological balloons that provided data used to enhance the early Antarctic ice elevation maps. His radar was later adapted for aircrafts as the Sperry AA100 Radar Altimeter. He also headed a team that developed the first bird-borne beacon for the ARGOS satellite tracking system that was used to locate and gather information on migrating birds. Levanon also developed the user location concept of Qualcomm’s GLOBALSTAR satellite communication system. Levanon’s Radar Principles (Wiley, 1988) and Radar Signals (Wiley, 2004) are important books in the field that have educated two generations of radar students and experts.

An IEEE Life Fellow and Fellow of the Institution of Engineering and Technology, Levanon is a Professor Emeritus of the Faculty of Engineering with Tel Aviv University, Tel Aviv, Israel.

Retrieved from "https://ethw.org/w/index.php?title=Nadav_Levanon&oldid=159049"
Categories:
This page was last edited on 23 April 2018, at 19:13.
About ETHW
Policies and disclaimers