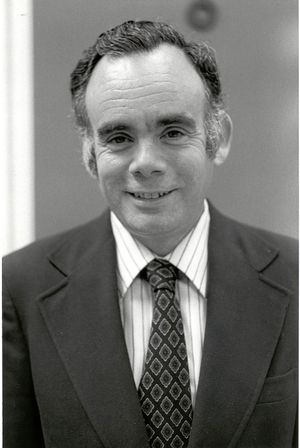 It was in 1962 that, in collaboration with several colleagues, Dr. Nathan observed stimulated emission in gallium arsenide, thus demonstrating the feasibility of the injection laser. After this he did, and led others to do, pioneering studies of the physics associated with laser action in semiconductors.

Since 1964 Dr. Nathan has worked part-time in several fields of semiconductor physics, including hot electron phenomena, Raman scattering, and laser annealing. In February 1980 he returned to full-time research as manager of a small group to study the physics of semiconductor microstructures.

Dr. Nathan is a Fellow of the IEEE, in which he has served on conference committees and awards committees. He is also a Fellow of the American Physical Society, in whose Division of Solid State Physics he served as Secretary-Treasurer from 1974 to 1978. He has been active in organizing conferences on semiconductor physics.

Marshall Nathan and his wife, Rosalie, reside in Tarrytown, New York. They have three grown children. His hobbies are tennis, cross-country skiing, and running.

Retrieved from "https://ethw.org/w/index.php?title=Marshall_I._Nathan&oldid=172671"
Categories:
This page was last edited on 18 January 2019, at 19:00.
About ETHW
Policies and disclaimers