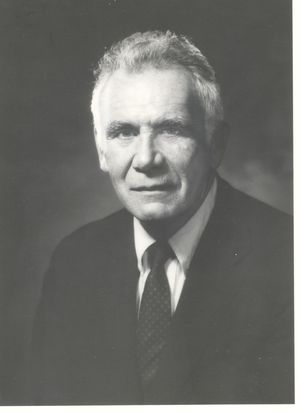 Marion E. Hines was an electronics engineer whose career spanned 54 years of outstanding achievement in the field of microwave theory, techniques and device development. His aptitude for physics preceded and went far beyond his formal education. His physical insight into things electronic allowed him to grasp the answer to a difficult problem before he could prove it.

Mr. Hines was born on November 30 of 1918 in Bellingham, Washington. He earned his BS in Applied Physics in 1940 and his BS in Meteorology in 1941 from the California Institute of Technology, and then became a weather officer in the US Army Air Force during World War II. While stationed in England, he was part of the team that successfully forecasted the weather for the Normandy landings in June 1944. Thereafter, he earned his MS in Electrical Engineering in 1946 from Cal Tech and studied Physics part-time at Columbia University, 1947-1948. From 1946 to 1960, he worked at the Bell Telephone Laboratories and Western Electric divisions of AT&T. As a member of the Technical Staff at Bell Labs Mr. Hines developed microwave electron tubes, storage tubes, parametric amplifiers, tunnel diode devices and digital communications techniques. He also made contributions to beam focusing, amplification theory, and practical tube development. In 1957, Mr. Hines and H.E. Elder demonstrated the first negative resistance varactor parametric amplifier. In 1960, he published an important paper on the microwave properties of tunnel diodes. He left Bell Labs in 1960 and became Vice President of Microwave Associates, Inc. where he was also the Chief Scientist of Research and Development. He and his co-workers established many of the fundamental principles of varactor harmonic generation. They developed numerous microwave power sources using varactor harmonic generators, as well as high power diode switches and phase shifters, diode oscillators and amplifiers, ferrite devices and antennas. While at Microwave Associates, Hines helped create the first all-solid-state microwave communications system in the 1960s. In 1964 he published an important paper on microwave switching and phase shifting using semi-conductor diodes. This led to the development of practical pulsed mega-watt duplexers, multi-kilowatt phase shifters and power switches which were extensively used in radar.

From 1965 to 1974 Mr. Hines concentrated on IMPATT and Gunn-effect diodes, making important contributions to a quantitative understanding of their electron dynamics and to their application as microwave oscillators and amplifiers. These include the small-signal impendence theory (1966), small signal noise theory (1866), nonlinear effects in oscillators and power amplifiers (1970) and large signal noise, instabilities and intermodulation (1972). After 1970 he diversified more and published on stripline propagation using ferrite, computer aided microwave network analysis, phase locked power amplification and mixer theory. In 1976 he began study of improved techniques for microwave diode frequency conversion.

A man of insatiable curiosity and tireless energy, Mr. Hines served as teacher and mentor to many young engineers, with whom he shared his enthusiasm for every aspect of engineering. He contributed more than 50 technical papers and oral presentations. He held about 40 patents. He served on numerous technical committees and editorial boards for the IEEE.

Mr. Hines received the Outstanding Paper Award from the IEEE Solid State Circuits Conference in 1967, was made a Fellow of the IEEE in 1968, and won the IEEE S-MTT Microwave prizes in 1972 and 1978. He also was awarded the IEEE Microwave Career Award in 1983 and the J. J. Ebers Award of the IEEE Electron Devices Society in 1976, the latter for “contributions to the theoretical understanding and practical applications of microwave semiconductor diodes.” He won the IEEE Lamme Medal in 1983 and the IEEE Centennial Medal in 1984.

After retiring from M/A-COM (successor to Microwave Associates), Mr. Hines continued working as a consultant to numerous organizations including MA/COM until just before his death from cancer in 2000. Just before his death, M/A honored him by establishing the Marion E. Hines Award for Technical Innovation, to be given to company employees or teams that make outstanding contributions to practical application of new ideas.