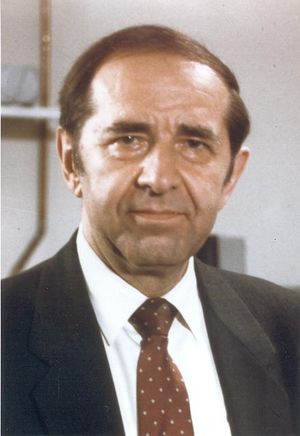 Lubomyr T. Romankiw was born in Zhovkva, Ukraine on April 17, 1931. He received his bachelor's degree from the University of Alberta in Edmonton, and his master's and doctoral degrees from the Massachusetts Institute of Technology. Romankiw joined IBM in 1962, where he remains today as an IBM Fellow and Researcher at the Thomas J. Watson Research Center.

He is recognized for his research with magnetic materials, reflective displays and copper plating. Romankiw is listed as the inventor or co-inventor on over 65 US patents, including magnetic thin-film storage heads (co-invented with David Thompson in the 1970s). He has also authored over 150 articles and edited numerous volumes of technical symposia.

Several organizations have recognized and awarded Romankiw's work such as the Electrochemical Society, Society of Chemical Industry, and the IEEE. In 1994 he received the IEEE Morris N. Liebmann Memorial Award, and in 2012, he was an inductee in the National Inventors Hall of Fame.

Retrieved from "https://ethw.org/w/index.php?title=Lubomyr_T._Romankiw&oldid=146539"
Categories:
This page was last edited on 3 February 2016, at 17:51.
About ETHW
Policies and disclaimers