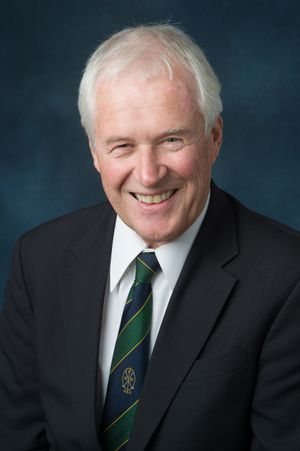 Pioneering and introducing the use of statistical invariance for the design of detectors and estimators, Louis Scharf has profoundly impacted the way statistics are used in modern signal processing to provide solutions for a wide range of engineering problems. Scharf is most known for his work on modal analysis, invariance theories for subspace signal processing, dimension reduction in subspaces for managing performance metrics, and for his recent work on coherence statistics for space-time signal processing. His work on modal analysis is being applied to mode tracking in power systems to identify and track low-frequency modes of oscillation that reveal vulnerabilities to system instabilities. He introduced invariance as an important principle for designing optimal detectors, which has resulted in matched and adaptive subspace detectors for radar, sonar, and hyper-spectral imaging. These detectors adaptively find tell-tale signatures in broadband multisensor time series while maintaining invariance to unknown channel variations that cannot be modeled or estimated. Scharf’s work on coherence is bringing attention to the commonality of a variety of seemingly disparate problems in detection and estimation theory. He also pioneered the geometric approach to interpreting signal processing problems and their solutions, leading to the application of problem-solving tools such as subspace projections (orthogonal and oblique), canonical coordinates, and principal angles between subspaces. His early work on the geometrical point of view provided a pathway for future researchers resulting in new insights and useful ways of approaching and solving problems. Scharf’s Statistical Signal Processing: Detection, Estimation, and Time Series Analysis (Addison Wesley, 1991) is considered a definitive text on the subject.

An IEEE Life Fellow and recipient of an IEEE Third Millennium Medal (2000) as well as a Technical Achievement Award (1995) and Society Award (2004) from the IEEE Signal Processing Society, Scharf is Research Professor of Mathematics and Emeritus Professor of Electrical and Computer Engineering, Colorado State University, Fort Collins, CO, USA.

Retrieved from "https://ethw.org/w/index.php?title=Louis_Scharf&oldid=159001"
Categories:
This page was last edited on 23 April 2018, at 18:34.
About ETHW
Policies and disclaimers