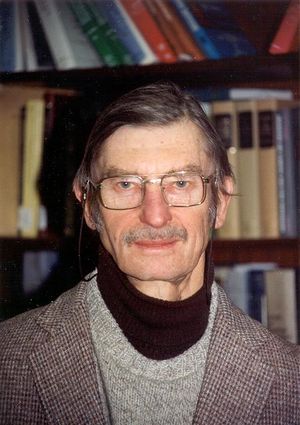 Considered by many to be at the forefront of his field, Leopold B. Felsen has greatly impacted the course of modern electromagnetic (EM) theory, methodology, and phenemonology. His text, Radiation and the Scattering of Waves, co-authored with Nathan Marcuvitz, has become a much-cited classic due to its presentation of a unified spectral methodology for EM analysis. He also played a major role in bridging the gap between electromagnetics and other wave-based disciplines, such as optics, structural, and ocean acoustics, and geophysics. He has written or co-written over 350 journal papers and several books. A Life Fellow of the IEEE and Fellow of the Optic Society of America, and the Acoustical Society of America, his many awards include the Balthasar van der Pol Gold Medal and the IEEE Heinrich Hertz medal Dr. Felsen is a professor of aerospace and mechanical engineering and electrical and computer engineering at Boston University and professor emeritus at Polytechnic University in Brooklyn, NY.