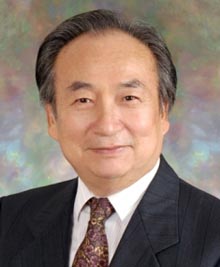 Kenneth K. Mei is one of the most innovative researchers in computational electromagnetics. His work over four decades has led to solutions in electromagnetic problems that would have otherwise been too large even for computers to handle.

Dr. Mei’s Ph.D. work on formulating Maxwell’s equations into integral equations, now known as the “method of moments,” is credited as the beginning of the era of computational electromagnetics and perhaps one of the most important and widely used numerical analysis techniques for analyzing scattering, antenna and microstrip circuit problems. He was able to show that there are circuits whose solutions should be identical to the solutions of Maxwell’s equations of the same problem, which better demonstrates correct behavior at both low and high frequencies. This will play an important role in keeping devices small even as the integrated circuit technology itself reaches its size reduction limits.

Retrieved from "https://ethw.org/w/index.php?title=Kenneth_K._Mei&oldid=146437"
Categories:
This page was last edited on 2 February 2016, at 18:06.
About ETHW
Policies and disclaimers