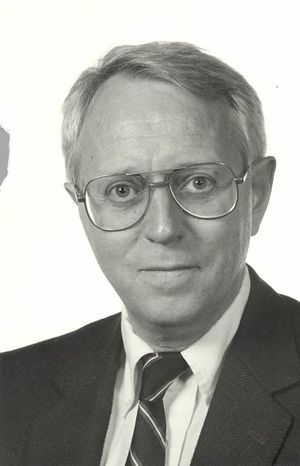 Karl Johan Åström was born in Östersund, Sweden on 5 August 1934.

He received the M.Sc. in Engineering Physics and the Ph.D. in Automatic Control and Mathematics from the Royal Institute of Technology (KTH), Stockholm in 1957 and 1960, respectively. In 1987, he was awarded the degree Docteur Honoris Causa from l'Institut National Polytechnique de Grenoble.

From 1955 to 1960, Åström held teaching appointments at different departments at KTH, at the same time he worked on inertial guidance for the Research Institute of National Defense in Stockholm. He joined the IBM Nordic Laboratory in 1961 to work on theory and applications of computerized process control. He worked on optimal and stochastic control as a visiting scientist at IBM Research Laboratory in Yorktown Heights, NY and San Jose, CA in 1962 and 1963. Upon his return to Sweden, he was responsible for modeling, identification, and implementation of systems for computer control of paper manufacturing machinery. In 1965, Åström was appointed Chair of Automatic Control at Lund Institute of Technology/University of Lund, Sweden. He has held visiting appointments at many universities in the USA, Europe, and Asia.

Åström has been Vice Dean and Dean of the Department of Engineering Physics and Chairman of the Computing Board at Lund University. He has been a Consulting Editor for the IEEE Transactions on Automatic Control and is an Editor of Automatica and many other journals.

Åström is a Fellow of the IEEE, a member of the Royal Swedish Academy of Sciences, and a Vice President of the Royal Swedish Academy of Engineering Sciences (IVA). He was awarded the Rufus Oldenburger medal from ASME in 1985 and the Quazza Medal from IFAC in 1987. In 1990, he received the IEEE Field Award in Control Systems Science and Engineering. Åström was awarded the IEEE Medal of Honor in 1993, for his "fundamental contributions to theory and applications of adaptive control technology."

He is married to Bia Åström and they have two children, Karin and Kalle. His personal interests include sailing and skiing.