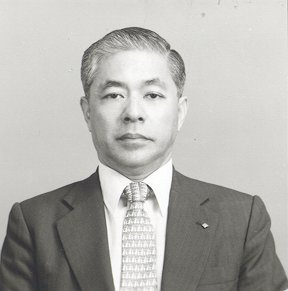 A remarkable innovator, who thrives on challenging conventional thinking, Jun-ichi Nishizawa has made profound contributions to materials science and technology, fiber optics, optical communications, and other areas.

Nishizawa led the conception and development of several electronic devices, including the static induction transistor, the basic idea of which has proved to have applications in everything from broadcasting transmitters to thyristor actions. Potential new applications of this research include an extremely low-loss dc transmission network system, that Nishizawa envisions playing a key role in a future global electricity distribution system.

Nishizawa contributed greatly to fundamental materials science, especially in crystal growth and epitaxy. The "controlled vapor pressure-temperature difference" method he instigated has dramatically increased the efficiency and life of light-emitting diodes. In opto-electronics, he spearheaded the graded index optical fiber. Many other innovations he led include the pin diode, pnip transistor, ion implantation method, and the pin photo-diode.

A Life Fellow of the IEEE, Nishizawa has chaired several conferences and committees of the Institute. He is a Fellow of several other institutions, including the Physical Society, the Russian Academy of Sciences, and the Polish Academy of Sciences. Nishizawa is the author or co-author of close to 150 publications, and holds more than 10 patents. The many honors and awards he has won include the Japan Academy Prize, Person of Cultural Merits, (which is the highest honor of the Japanese Government), IEEE Jack A. Morton Award, the Honda Prize, the Laudise Prize of the International Organization of Crystal Growth, the Order of Cultural Merits from the Japanese Emperor, and the IEEE Edison Medal in 2000 'For contributions to materials science and technology, and the invention of the static induction transistor.'

Retrieved from "https://ethw.org/w/index.php?title=Jun-ichi_Nishizawa&oldid=146403"
Categories:
This page was last edited on 1 February 2016, at 20:51.
About ETHW
Policies and disclaimers