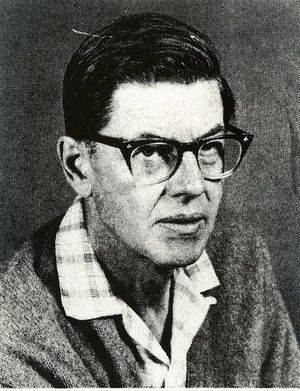 John B. MacChesney is known for his groundbreaking work in optical communication. With his Bell Labs colleague P.B. O'Connor, he invented the Modified Chemical Vapor Deposition (MCVD) process in 1974. This process revolutionized telecommunications by making the manufacture of high-quality, low-cost optical fiber possible. MacChesney also co-invented a high-purity sol-gel casing for optical fiber in the 1980s. He received the 1978 IEEE Morris N. Liebmann Memorial Award, along with Kuen C. Kao and Robert Maurer "For making communication at optical frequencies practical by discovering, inventing and developing the materials, techniques and configurations for glass fiber waveguides."

MacChesney was born on July 8, 1929 in Glen Ridge, NJ. He received his B.A. in Chemistry from Bowdoin College (1951). After serving in the U.S. Army during the Korean War, MacChesney earned his PhD in Geochemistry from the Pennsylvania State University (1959). He then joined Bell Labs, where he has worked for over fifty years.

MacChesney holds over 100 patents and has received numerous awards from the IEEE, the American Physical Society, and the American Ceramic Society, among others. He received the prestigious Charles Stark Draper Prize (National Academy of Engineering) and the John Tyndall Award (Optical Society of America and IEEE Photonics Society), both in 1999.

Retrieved from "https://ethw.org/w/index.php?title=John_B._Macchesney&oldid=173964"
Categories:
This page was last edited on 19 February 2019, at 17:03.
About ETHW
Policies and disclaimers