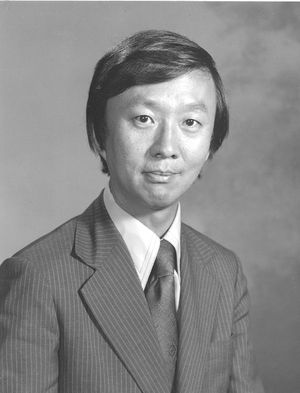 Charles Kuen Kao was born in 1933 in Shanghai, China, and received a B.Sc. degree and a Ph.D. degree in Electrical Engineering from the University of London in 1957 and in 1965, respectively.

Kao was the Chair and Professor of Electronics in the Electronics Department at the Chinese University of Hong Kong from 1970 to 1974. In 1974, he became associated with the ITT Electro-Optical Products Division as a Staff Scientist. He was a pioneer in the field of optical fiber communications, beginning work in this field in 1963. Kao's research included theoretical studies and basic research in optical communication systems, fiber optic waveguide communications, circuits and systems design, and quasi-optical techniques applicable to microwave systems.

Kao was elected a Fellow of IEE (UK) and became a Life Fellow of IEEE. He received many awards, including the 1976 Morey Award from the American Ceramic Society for outstanding contributions to glass science and technology; and in 1977 was awarded the Stewart Ballantine Medal by the Franklin Institute for his conceptual work on Optical Fiber Communication Systems, in 1977; and the Sir Arthur Rank Prize from the Royal Society of England for his pioneering work in optical fiber communication, in March 1978. He also wrote many technical papers and held eleven patents.

Dr. Kao resided in Roanoke, Virginia, with his wife, Gwen, his son and daughter. His hobbies included pottery and tennis.

Retrieved from "https://ethw.org/w/index.php?title=Charles_Kao&oldid=179107"
Categories:
This page was last edited on 7 April 2020, at 03:36.
About ETHW
Policies and disclaimers