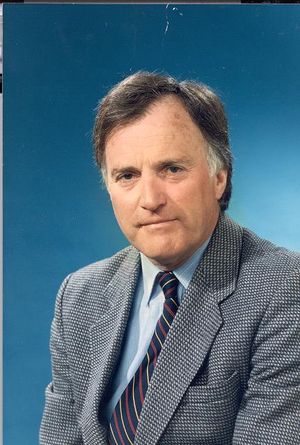 As a student in Prof: Robert M. Fano's lectures during his doctoral studies at M.I.T., Dr. Massey first encountered information theory, which has been a passion for him ever since. His dissertation was published as the monograph Threshold Decoding by the M.I.T. Press in 1963 and was honored with the 1964 Paper Award of the IEEE Group on Information Theory. Codex Corporation, now a division of Motorola, was founded in 1962 to market error coding products, particularly Dr. Massey's threshold decoders.

In 1962, Dr. Massey returned to his alma mater; Notre Dame, as an assistant professor of electrical engineering for what became 15 years of faculty service. Much of his research at Notre Dame was supported by the NASA Goddard Space Flight Center and led to such innovations as the "quick-look-in" convolutional codes that are still used in deep-space systems with sequential decoding and the optimum frame synchronization technique whose extra gain was the sine qua non for the downlink communications system used to relay the pictures taken a few years ago of Halley's comet. Among the honors that he received at Notre Dame, was the 1969 Professor Thomas Madden Award for distinguished teaching of freshmen.

Dr. Massey became interested in random-access communications in 1977-78 when he spent a year at M.I.T. This led eventually to his 1985 paper, "The Collision Channel without Feedback," co-authored with Peter Mathys, which received the 1987 IEEE W.R.G. Baker Award.

After a two-year stint as a professor of system science at UCLA, in 1980 Dr. Massey assumed his present position as Professor of Digital Systems Engineering at the Swiss Federal Institute of Technology (ETH) in Zurich, Switzerland. While continuing his work on coding and multiple accessing, he expanded his nascent interest in cryptography to a major research direction. Together with his former UCLA colleague, Prof. Jim K. Omura, he conceived cryptographic inventions that led to the formation, in 1984, of Cylink Corporation, now located in Sunnyvale, CA. A stream cipher that he and Rainer Rueppel invented for use by the European Space Agency was marketed in a PC file protection system by the Swiss firm, Borer Communications. The Swiss telecommunications consortium Ascom, is currently developing a line of security products to be based on the new type of block cipher that he invented together with Xuejia Lai.

He is married to Lis Kofod of Copenhagen, Denmark. He has four sons who reside in the U.S., two of whom are also electrical engineers. Since moving to Switzerland, he has acquired a much increased interest in skiing.

Dr. Massey won the 1992 IEEE Alexander Graham Bell Medal 'For contributions to the theory and practical implementation of forward-error- correcting codes, multi-user communications, and cryptographic systems; and for excellence in engineering education.'

Retrieved from "https://ethw.org/w/index.php?title=James_L._Massey&oldid=172761"
Categories:
This page was last edited on 22 January 2019, at 16:38.
About ETHW
Policies and disclaimers