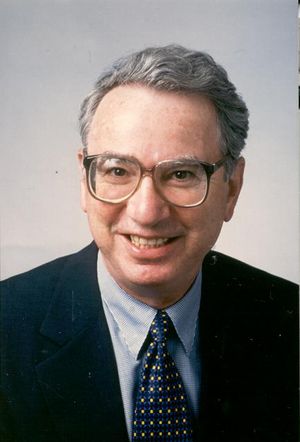 Irwin Mark Jacobs was born October 18, 1933 in New Bedford, Massachusetts. He received the B.E.E. degree in 1956 from Cornell University, and the M.S. and Sc.D. degrees in Electrical Engineering from the Massachusetts Institute of Technology (M.I.T.) in 1957 and 1959, respectively.

Dr. Jacobs began his career in 1959 as an assistant and then associate professor of electrical engineering at M.I.T. and on staff at the Research Laboratory of Electronics. While at M.I.T., Dr. Jacobs, together with Prof. J. Wozencraft, authored Principles of Communication Engineering, developing a vision of ubiquitous communications worldwide made possible by digital wireless communications. This vision led to the founding of his first company, LINKABIT, which has been considered a wellspring for most of the telecommunications industry in San Diego. Dr. Jacobs guided the growth of LINKABIT from a handful of employees in 1969 to over 1700 in 1985. Located in San Diego, Boston, and Washington D.C., LINKABIT merged with M/A-COM in 1980. During most of this period, he was Chairman, President and Chief Executive Officer of LINKABIT, and Executive Vice President and a Director of M/A-COM.

On July 1, 1985, Dr. Jacobs became a founder, and the Chairman and CEO of QUALCOMM Inc., leading the company into mobile satellite communications and digital wireless telephony on an international scope. QUALCOMM's OmniTRACS system is one of the world's most "technologically advanced two-way mobile satellite communications and tracking systems. It's Code Division Multiple Access (CDMA) has been adopted as one of two digital standards for the next generation of cellular telephones in North America.

Dr. Jacobs is a member of the National Academy of Engineering and a Fellow of the IEEE. He was named as an Eminent Member of Eta Kappa Nu in 2003. He received the U.S. National Medal of Technology in 1994, and has received a number of other awards, including: the 1992 Entrepreneur of the Year Award in High Technology by the Institute of American Entrepreneurs; the 1994 Cornell University Entrepreneur of the Year Award; co-recipient, with Dr. Andrew J. Viterbi, the 1980 American Institute of Aeronautics and Astronautics (AIAA) biannual award; and the American Electronics Association (AEA) "Inventing America's Future" award, May 1993. He holds seven patents in wireless digital communications, and shares in 31 more patents through QUALCOMM.

Dr. Jacobs and his wife, Joan, reside in California. They have four sons and five grandchildren. His outside interests include the arts, reading, jogging, and family outings.

Dr. Jacobs won the 1995 IEEE Alexander Graham Bell Medal 'For outstanding contributions to telecommunications, including leadership, theory, practice and product development' and the 2007 IEEE/Royal Society of Edinburgh (RSE) Wolfson James Clerk Maxwell Award "For fundamental contributions, innovation, and leadership that enabled the growth of wireless telecommunications." He also received the 2013 IEEE Medal of Honor for digital communications and wireless technology.