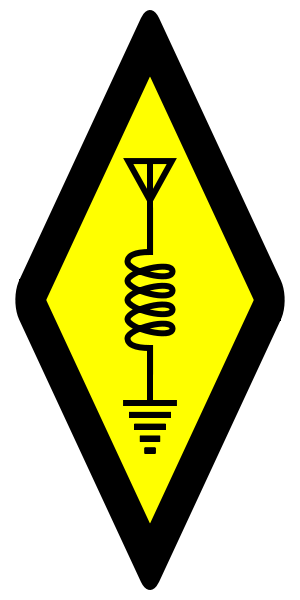 In 1924, Hiram Percy Maxim, President of the American Radio Relay League, realized that amateur radio had become international, and that there should be a global organization to take advantage of that growth. He was also aware that radio frequencies thought to be of little use, which had been assigned to amateurs, were capable of long range communication with low power and simple antennas. This resulted in administrations reconsidering the reassignment of these frequencies from amateur use into commercial and military applications.

While most of the 23 countries represented at the April 1925 meeting were from Europe, there were also delegates from North and South America, and from Japan. On April 17,1925 the first constitution of the IARU was unanimously adopted. At the final plenary session on April 18 some 25 countries were in attendance. All actions of the organizing Congress were approved and the International Amateur Radio Union was born, with Hiram P Maxim as its first President.

The IARU Constitution organizes the Union into three Regional Organizations that correspond to the three radio regions of the International Telecommunication Union (ITU).

The IARU is recognised by the United Nations as a Non-Governmental Organisation (NGO) by virtue of its consultative status with other United Nations bodies, i.e., the ITU. The ITU recognises the IARU as an international organisation (CV/Art.19, No. 230).

The IARU International Secretariat (IS), operated by a Member Society, is elected by its fellow Member Societies and is willing and capable of serving as the International Secretariat. The operating expenses to discharge its responsibilities under the IARU Constitution shall be borne by the host society with each Regional Organization contributing a certain amount to IS operations. Currently this is located at the American Radio Relay League (ARRL) Headquarters in Newington, CT USA.

Past Secretariat meetings have been held as follows:

Region 2. Includes the area limited on the east by line B and on the west by line C. Broadly - The Americas.

The lines A, B and C are defined as follows:

Conferences have been held in:

From its birth in Mexico City on 16 April 1964. A total of 15 countries attended to what was then called the First Panamerican Radio Amateur Congress. Taking into account that the worldwide IARU Constitution allowed the formation of regional organizations, the meeting gave birth to IARU Region 2 such as we know it today. The first President, Antonio (”Tony”) Pita, XE1CCP, SK was named and as Secretary, Gustavo Reusens, OA4AV, SK, who held that difficult position uninterruptedly until 1980 when he then became President. Furthermore, participants at that meeting established the first IARU Bylaws, deciding that an Executive Committee be named for nominal periods of three years by General Assemblies of Debates of its Member Societies.

To place ourselves in those times at the beginning, that was when the subject of SSB versus AM was being debated and commercial communications where done by mail, telegrams and than by the novel use of telexes. There were no photocopiers or computers for general use. However communications among radio amateurs were done on HF bands, including for the coordination of future meetings. This tradition has been maintained to the point that the present Executive Committee also meets on the air every week on the 20 meter band.

It should be noted that the Region 2 founding members included Noel Eaton, VE3CJ, SK who for two periods served as the organization’s treasurer until when he was named as IARU President worldwide. Nowadays we continue to remember Noel sadly, our IARU President Emeritus, as well as other founding members, directors of member societies, the organization’s directors and coordinators who are no long among us.

The Second IARU Region 2 Conference was held in Caracas in 1967 and by then, telecommunication and other high level authorities were expressing their support by making themselves present at meetings. At that meeting the first steps were taken to define “areas” in the Americas to assure a proportional geographical representation on the Executive Committee with one members in each area. At the same time the first steps were taken to allow the issuance of reciprocal licenses so that visiting amateurs could operate temporarily in signatory countries. That existed until then only between the U.S.A. and Canada while in the Latin-American and Caribbean countries there was much governmental resistance. Thanks to enthusiast support by a colleague, no less than the wife of the U.S. Ambassador, Venezuela modified its communication law and signed one of the first reciprocal agreements with the United States. Thereafter the Executive Committee continued to work hard on the subject which culminated in the adoption of the so called Lima Convention of the Organization of American States in 1987 that facilitated further bilateral agreements.

Then followed several very active growth periods of the organization. With the approach of the World Administrative Radio Conference in 1979 (”WARC-79″), the Region supported with all its resources the effort led by VE3CJ from the American Radio Relay League (”ARRL”) so that all administrations in the Region would support the worldwide radio amateur aspirations. For that the Executive Committee initiated a cycle of visits to all administrations in the Region seeking their support at WARC-79. This plan was completed in about ninety percent. Among others there was a case where a visit was made to a country with only 8 radio amateurs where a meeting with 10 government officials resulted in their active participation in WARC-79 that was of great help.

The Regional Committee designated its own observe team to WARC-79 which was integrated into the IARU world observer team during the 11 weeks of deliberations at this memorable Conference that gave us among others three new HF bands.

As soon as WARC-79 ended, Noel, VE3CJ proposed an IARU worldwide restructure be implemented. Region 2 responded positively and worked intensely at the regional societies level and also at Regions 1 and 3 conferences and their executive council and directors meetings. Recognizing that it would be very difficult to get 2/3 of votes worldwide to approve at once a new IARU Constitution, a proposal was made to create at first an IARU Administrative Council (”AC”) with participation by regional representatives. This is how this restructured organization came to life and in 1983 the AC met for the first time in the city of Tokyo. A draft for a new constitution was agreed, which was then approved by the unanimous vote of Region 2 societies.

Among the many things that may be mentioned about the development of IARU Region 2 is that it also has among its members societies representing non-independent territories. Hence, when we refer formally to Region 2 Society we speak about “countries and territories in the Americas”.

Region 2 is supported economically by dues from its member societies. The quotas are established according to the number of licensed amateurs in each country or territory with a minimum fee in case of geographically very small countries or territories. The present structure was adopted at the Buenos Aires Conference in 1986.

At the regional level, the “area meetings” were established as well. The area meetings are limited to participants in the area during the time between two triennial assemblies of the organization. An executive Committee of nine members was established at the 1980 IARU Region 2 Conference.

Even before implementation of all decisions from WARC-79, the Regional Executive Committee had begun to work to prepare for participation at the forthcoming world conferences, the WARC-92, WRC-95, WRC-97, WRC-2000 as well as WRC-03 and preparatory work for WRC-07.

Region 2 is not constituted as an organization promoting operating activities but does have a Regional Emergency Coordinator (”EMCOR”). The mission consists of coordinating, Member Societies activities related to emergency communications in cases of natural disasters which regretfully are rather common in the Americas. On the other hand, Regional Triennial Assemblies serve as a platform for presentation of technical subject matters, be it satellites, UHF or other new radio-communication techniques on which administrative decisions are then made. Region2 manages band plans and promotes amateur band monitoring as well as the radio beacon program in cooperation with the Northern California DX Foundation.

One of the accomplishments by organized amateur radio in the Americas has been the unanimous adoption of the International Radio Amateur Permit (”IARP”) by the Organization of American States General Assembly in 1995. OAS Member Countries must ratify it and the Executive Committee backs its regional member societies to assist more Administrations to put it in practice.

Past General Assemblies that have been held include:

It is worthwhile to mention that the Region 2 Executive Committee, except for one short period of less than two years, has never had any employees, taking care of all its duties thanks to voluntary work by its members. Use of professional assistance is limited to translators for the Triennial Assemblies.

IARU Region 2 considers itself in a privileged position being accepted as a permanent observer to the Inter American Telecommunication Commission (”CITEL” according to the acronym in Spanish) – an OAS body to which all Administrations in the Americas belong. Delegates representing the Region 2 Executive Committee regularly take part at CITEL events at their conferences and assemblies. These lead to the adoption of common positions which are the brought to the ITU; hence the relations with CITEL are of great importance.

Since the nineteen eighties, Region 2 has been publishing a bilingual bulletin (Spanish and English are its two official languages).

Significant developments and up to problems that nobody thought that they would become a problem, the IARU Region2 continues to be active on all aspects of amateur radio and amateur satellite radio services. To conclude this summary on the IARU path during these times, here is an anecdote from real life: DX operators wished that a standard QSL size be adopted as well as the method to write dates. As simple as the issue appeared to be, it nevertheless required a study by the Administrative Council because in each Region the custom is different. But nowadays we have a universal standard for our QSL cards.

Past conferences have been held at:

Retrieved from "https://ethw.org/w/index.php?title=International_Amateur_Radio_Union&oldid=120091"
Categories:
This page was last edited on 17 September 2015, at 14:58.
About ETHW
Policies and disclaimers