The Hiroshima section is part of Region 10, and represented at the Japan Council. The section was formed on 14 November 1998.

“Where is the center of the world?” ? You will be at a loss how to answer. The center may differ depending, at least, on the fields of human activities such as academia, art, and politics. Suppose you were asked where the center of Japan was. ? The answer is obvious. Tokyo unifies and maintains all kinds of activities, and so it is the center. Since there is a center, other places are all called ‘local’ counties here in Japan.

When I moved from Tokyo to Hiroshima, I used to say to my university colleagues and students: “You may want to keep watching Tokyo. Sorry, you can’t see it because Hakone mountains are hiding Tokyo behind them. Try to look across the ocean. There you will see Los Angeles.” To be honest, however, what we could actually see there, from the Hiroshima coastline, was Miyajima island. At any rate, people started presenting their research outcomes in our ‘local’ language which was commonly used in Los Angeles from that time. In fact, such a local language is called the ‘international’ language.

In such a ‘local’ county as Hiroshima, an IEEE section was newly organized in 1999. People will say: “The Hiroshima Section actually came into existence simply as a result of the unexpected break up of the overweight Tokyo Section into eight parts, following the government administrative division principle.” Such a concept, however, can’t get acclimated to the world of ‘local’ language. We started having people in other cities in Chugoku Prefecture as members of the Hiroshima Section, in the hope that they would soon be independent and eventually gain their own sections in Okayama, Yamaguchi, Tottori, and Shimane with a greater number of members enrolled.

The organization of the Hiroshima Section has thus been worked out. We now hope that our section, in turn, will have members from outside Chugoku Prefecture, or even from outside Japan, by developing attractive programs on the basis of the section’s internationality named ‘locality’.

In closing this note, I highly appreciate Dr. Takao Hinamoto for his effort and contribution in forming Hiroshima Section and also Drs. Ikuo Awai, Mitiko Miura-Mattausch and Yoshiaki Kakuda for their valuable assistance and collaboration in the early stages of building up specific section activities. 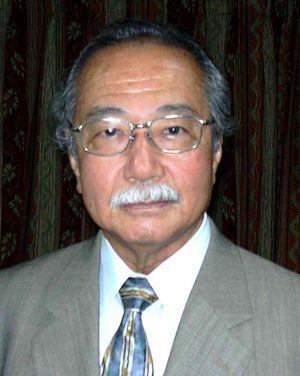 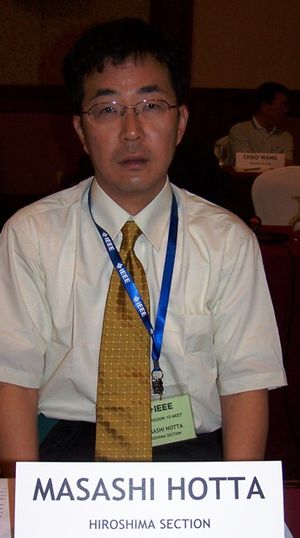 Retrieved from "https://ethw.org/w/index.php?title=IEEE_Hiroshima_Section_History&oldid=186735"
Category:
This page was last edited on 23 November 2021, at 16:26.
About ETHW
Policies and disclaimers