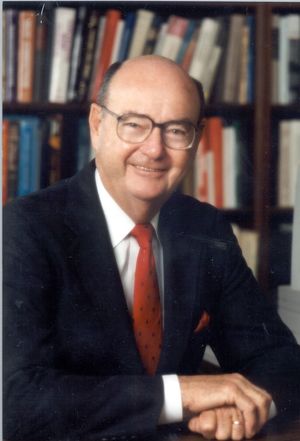 Herbert Woodson held the Ernest H. Cockrell Centennial Chair in Engineering at the University of Texas, Austin, where he was Professor Emeritus.

Dr. Woodson joined UT-Austin in 1971 and served as the Electrical Engineering Department chair from 1971 to 1981, as associate dean for development and planning, 1986-87 and as acting dean, 1987-88. He was appointed Dean of Engineering in July 1988 and served until September 2001. Dr. Woodson was Dean Emeritus.

While at UT-Austin, Dr. Woodson taught and conducted research in energy conversion, power systems with an emphasis on electromagnetics and electromechanics, and pulse-power systems for fusion and other applications. Dr. Woodson was an NAE member and an IEEE Life Fellow. He was a registered professional engineer in Texas and Massachusetts and received several national awards, including the IEEE Nikola Tesla Award in 1984 and the IEEE Lamme Medal in 1998, "for leadership in research and technology in the field of pulsed power and energy conversion systems"

His faculty webpage (the source of the above) can be found here.