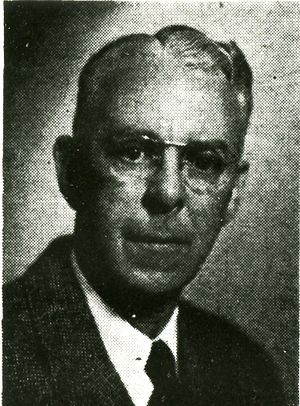 Harold Stephan Black was born in Leominster, Massachusetts, on April 14, 1898. He received a B.S. degree in Electrical Engineering from Worcester Polytechnic Institute in 1921 and in the same year joined the Western Electric Company's engineering department, which later became Bell Telephone Laboratories in 1925. Mr. Black was placed in charge of a group which was responsible for developing repeaters, regulators, filters, and other circuits for various carrier telephone systems. It was in this period that the need for a more perfect amplifier became increasingly apparent to him. The invention of the negative feedback amplifier resulted on August 2nd, 1927, an invention that is considered one of the most important in the field of audio electronics. Dr. Black had over 60 other inventions to his credit.

Dr. Black was honored by many prizes and awards over the years. In 1934, he received an American Institute of Electrical Engineers (AIEE, now IEEE) Best Paper Prize for his paper on "Stabilized Feedback Amplifiers." He was honored in 1940 by the National Association of Manufacturers as a "Modem Pioneer" in "recognition of distinguished achievement in the field of science and invention." He was awarded the John Price Wetherill medal of the Franklin Institute “for his technical contributions to the efficiency of modern long distance telephony." A Certificate of Appreciation was presented to him in 1946 by the War Department in recognition of assistance during World War II. In 1952 he received the annual award of the Research Corporation for contributions to science. The honorary degree of doctor of engineering was awarded to him by his alma mater, Worcester Polytechnic, in 1955.

Dr. Black was a fellow of the Institute of Radio Engineers, and the American Association for the Advancement of Science and a member of the New York academy of Sciences, the Franklin Institute, and an honorary member of the Audio Engineering Society. He was author of the book, "Modulation Theory" published in 1953, which at the time was the authoritative text on the subject. In 1957 he was awarded the AIEE Lamme Medal “for his many outstanding contributions to telecommunication and allied electronic arts, especially the invention of the negative feedback amplifier and the successful development and application of the negative feedback amplification principle." Additionally, he received the John H. Potts Memorial Award of the Audio Engineering Society, the John Price Wetherill Award of the Franklin Institute and a Certificate of Appreciation from the War Department.

In 1981, Dr. Black entered the National Inventors Hall of Fame at the Patent and Trademark Office in Arlington, Va. He started writing his autobiography with a tentative title of "Before the Ferry Docket," but he died on December 11th, 1983, at age 85, before he could finish it